First of all, if you haven't read World War  Z by Max Brooks, do it, now! One of the all time best. And don't just think it's about zombies. I've read it three times and listened to the abridged and unabridged audio book a few times.

Second, if you have read the book, and are hesitant to see the movie, go see the movie. Just accept the fact it isn't like the book...or think of it as the early days of the great panic, and enjoy some popcorn entertainment.

Third, if you collect action figures and love zombies, and love World War Z, the four produced by Jazwares are great for adding to a zombie horde, just aren't the greatest if you are trying to recreate the movie or the book.

Only two have been released in the first series - Civilian Zombie and Special Forces Zombie. The next two are due around August and include Gerry Lane and Paramedic Zombie. Gerry Lane looks nothing like Brad Pitt - guessing if Jazwares is making the figures, cost was already a major factor. They are up and coming, but nowhere near NECA or McFarlane. The Gerry Lane figure comes with a Lobo which is cool. I don't recall seeing a paramedic in the movie.

The articulation isn't bad. Something about how the legs joints doesn't look right...almost like the characters are wearing Depends. The waste articulation is pretty good. They are definitely 6 inches tall so it would be hard to get them to assimilate into a McFarlane Walking Dead horde. The paint job seems too bright.

I won't complain too much, or else I would need to follow my own advice - you don't like how a company does something, build your own.

Not sure how sales will be on the figures. The movie has done rather well and there are already hints for a sequel. I don't care about the non-Brad Pitt figure of Gerry Lane. I would have loved if they did a figure of Segen though, the female Israeli commando who travels with Gerry. She was bad ass. Captain Speke would have been another good one, with more realistic special ops uniform than this one.

Anyway - I am glad I purchased the first two, will purchase the other two. Really doubting any more get produced beyond that from Jazwares. I had high hopes because their Mortal Kombat line is awesome. 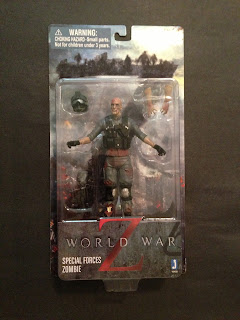 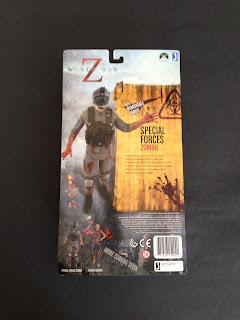 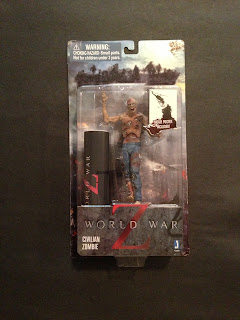 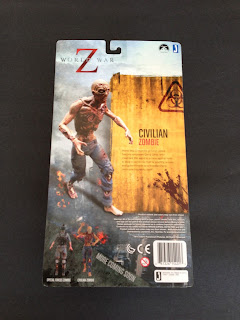 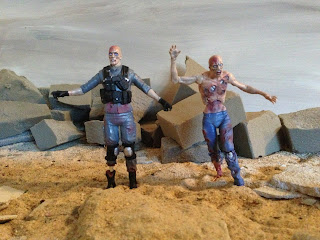 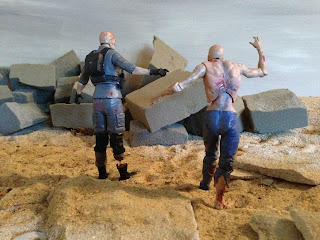 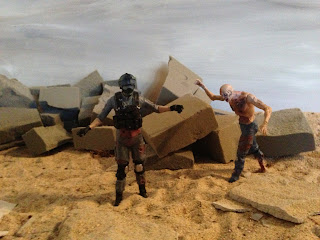 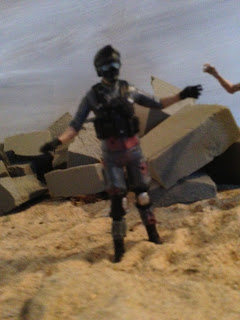 Posted by GIJigsaw at 9:55 AM No comments:

A Toast to Toys and Bacon and GI Joes

I discovered a fantastic blog last week: www.toysandbacon.blogspot.com. It is a great assortment of posting about cooking, vintage (and new) toys, especially GI Joe : RAH and Masters of the Universe Classics (MOTUC). I have enjoyed catching up on the entire blog which has been around for a few years. It also took me down a trip on memory lane on my own collection of GI Joes. Also made me pull out the Mark Bellomo The Ultimate Guide to GI Joe 1982-1994.

The 1982 Joes came out right as I was moving away from toys and getting interested in other things. I did grab a few assorted figures and vehicles. Loved the first series. Short Fuze was my first figure because I couldn't find Stalker or Snake Eyes. Those two came next. Loved the HAL, the MOBAT, and Polar Battle Bear.

By the time the 1984 series came out, I was done collecting but still loved the look of the figures, and also kept reading the comic books. I always wanted to get that first new group - Gung-Ho, Snowjob, Airborne, and Doc when I read about them in issue 11 of the comic book.

I loved the olive drab first series. Not sure I would have kept up as uniforms and vehicles got more colorful. The olive drab vehicles also looked so real.

The three figures I did pick up - Tunnel Rat, Beachhead, and Snow Serpent - were just too cool to pass up even if I didn't collect anymore.

My wishlist that I picked up years later as an adult collector - the Wolverine and Toss n Cross (I was a combat engineer in the army). One of these days I'll grab a WHALE, Whirlwind, Dragonfly and maybe even a USS Flagg.

In honor of Toys and Bacon's 100 best GI Joe list, here is my list of 25, and I included modern versions as well. 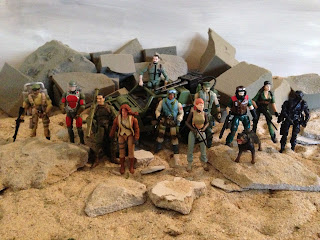 Honorary Mention - The Fridge - just because I am a Bears fan!