This week's assignment from the League of Extraordinary Bloggers: The Apocalypse

So this week's assignment is the apocalypse. If you've seen my blog before, you already know that I am a huge fan of the book World War Z and anything that has to do with the Walking Dead. Zombies are a great apocalyptic genre.

Awhile back I built a diorama for the Battle of Yonkers, one of the first military battles against the zombie hoard in World War Z. I used 1:18 scale, or 3-3/4 inch figures. Some were military. Others were assorted figures, with their skin painted grey and red to represent the zombie hordes. 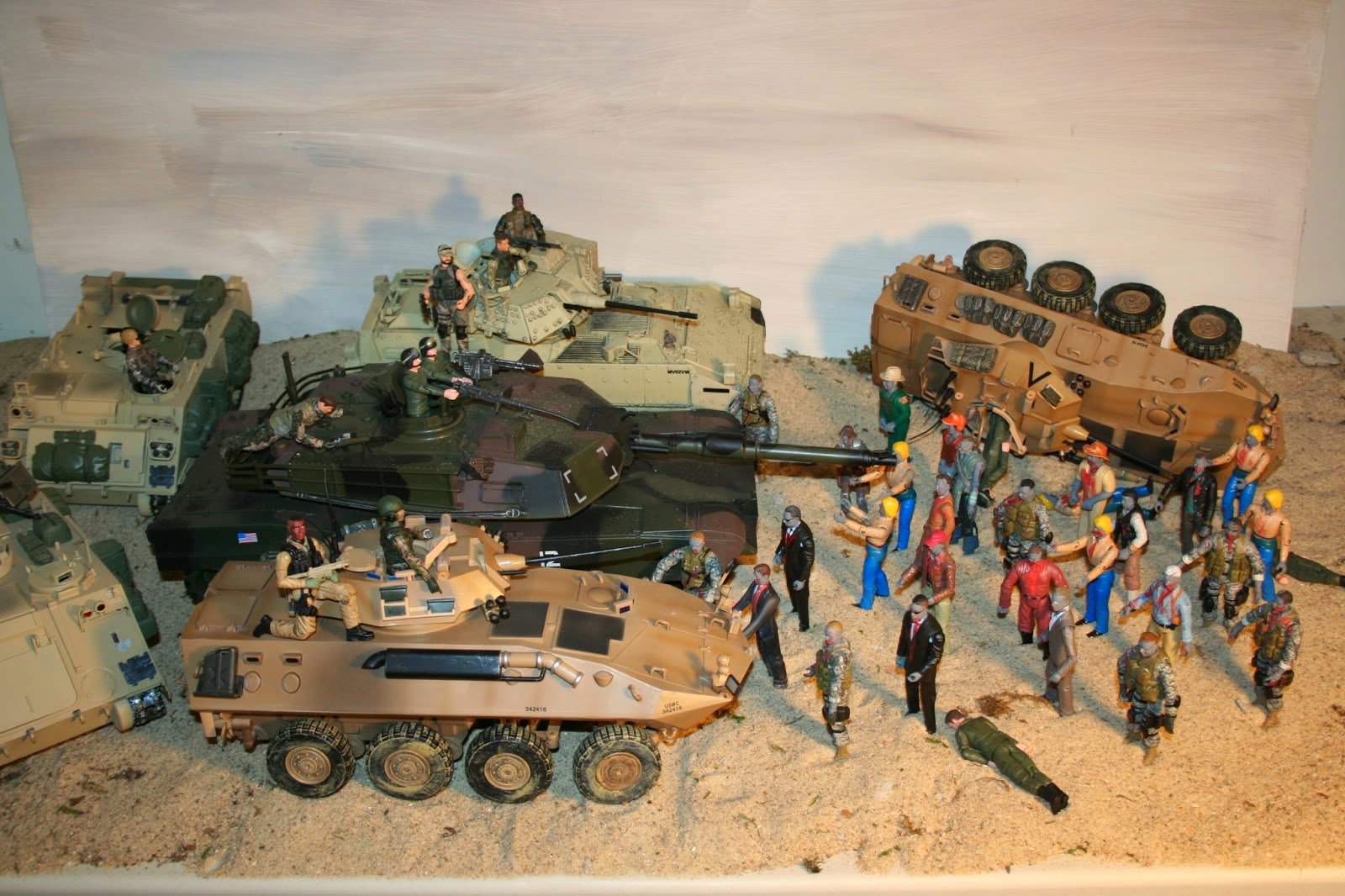 If you look closely, you see a few figures that look alike...blue pants and tan shirt and blonde hair. This figure is Mego's Bo Duke from the early 80s Dukes of Hazard line. I needed a zombie horde at 3-3/4" scale. So I searched Ebay and found this:

100 Mego Bo Duke Action Figures - Yes....100. I would never in my toy collecting life would I ever think I would buy a Dukes of Hazzard figure, much less 100 copies of Bo Duke. I ended up painting only a few of them. I figured I could paint the pants and shirt different colors as well as this was the most generic figure I could find. I am happy I purchased it for less than what the same auction and its current listing price. 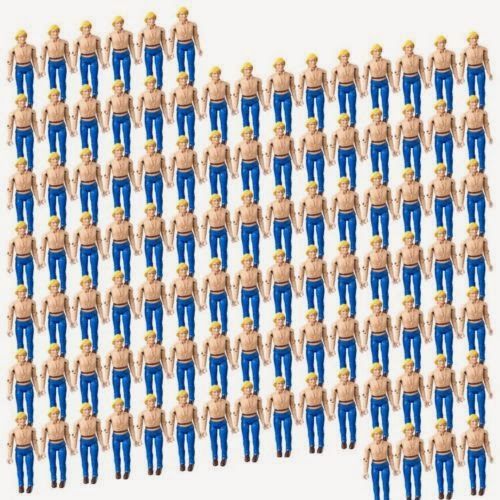 So that is my sign of the apocalypse - not the WWZ diorama - but actually spending money in my wallet for 100 Bo Duke action figures. Ugh!

One day I will get around to painting the rest. In the meantime, if anyone needs a Bo Duke figure, let me know.

The apocalypse according to other Leaguers!

Stripes - one of the all time greatest comedies. A bunch of slackers - starring Bill Murray, Harold Ramis, and John Candy - become soldiers.

The finale of the movie comes when the soldiers are asked to guard the EM50 - Urban Assault Vehicle. It looks like your everyday RV, but it's loaded for battle.

Anyway, I am not a Hot Wheels or Matchbox collector, but since this is the only collectible that I know of for this movie, I grabbed it. Hoping Super7/Funko or Zica Toys adds Stripes to its retro 3-3/4 inch figure line....along with the EM50. 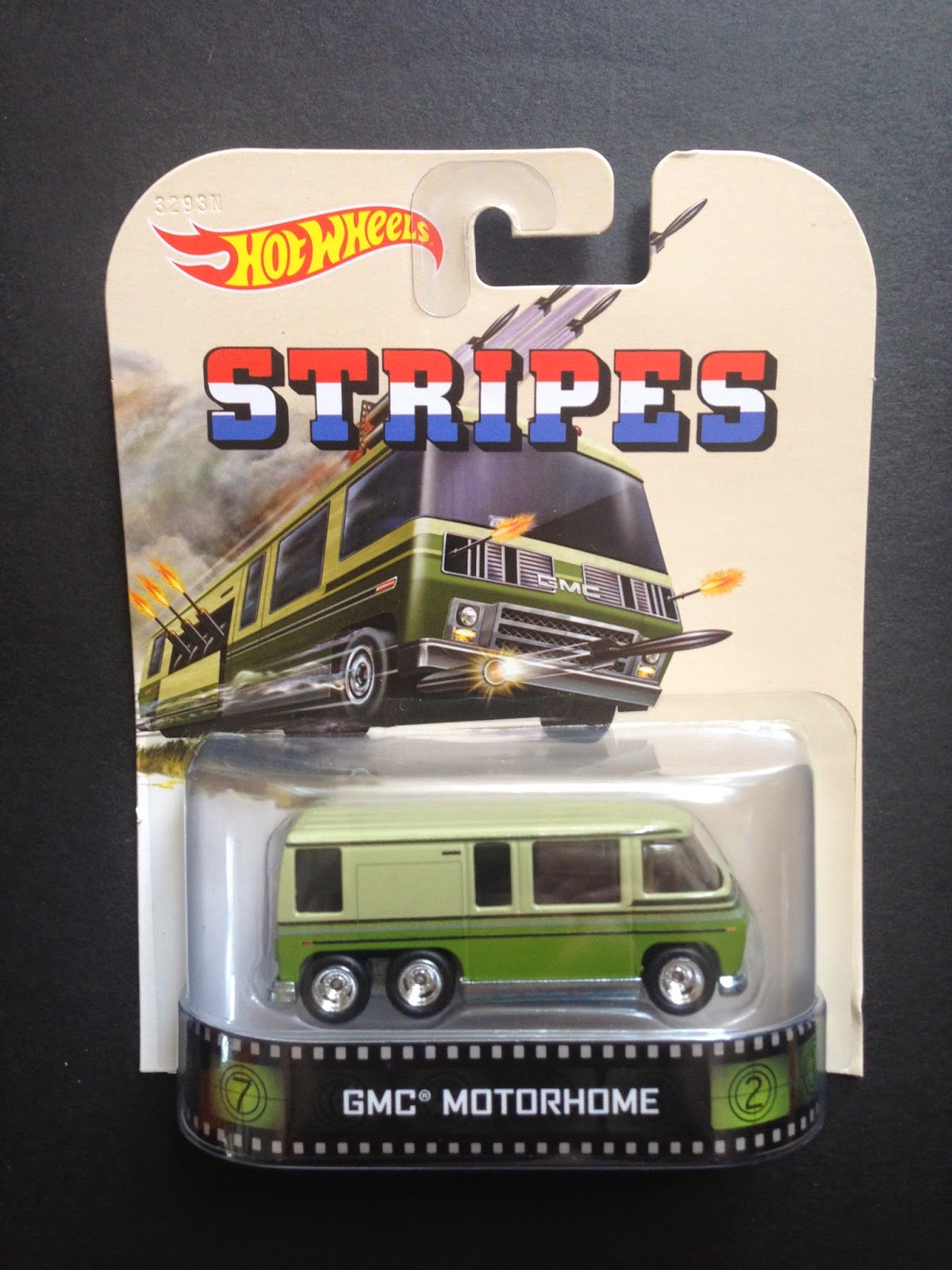 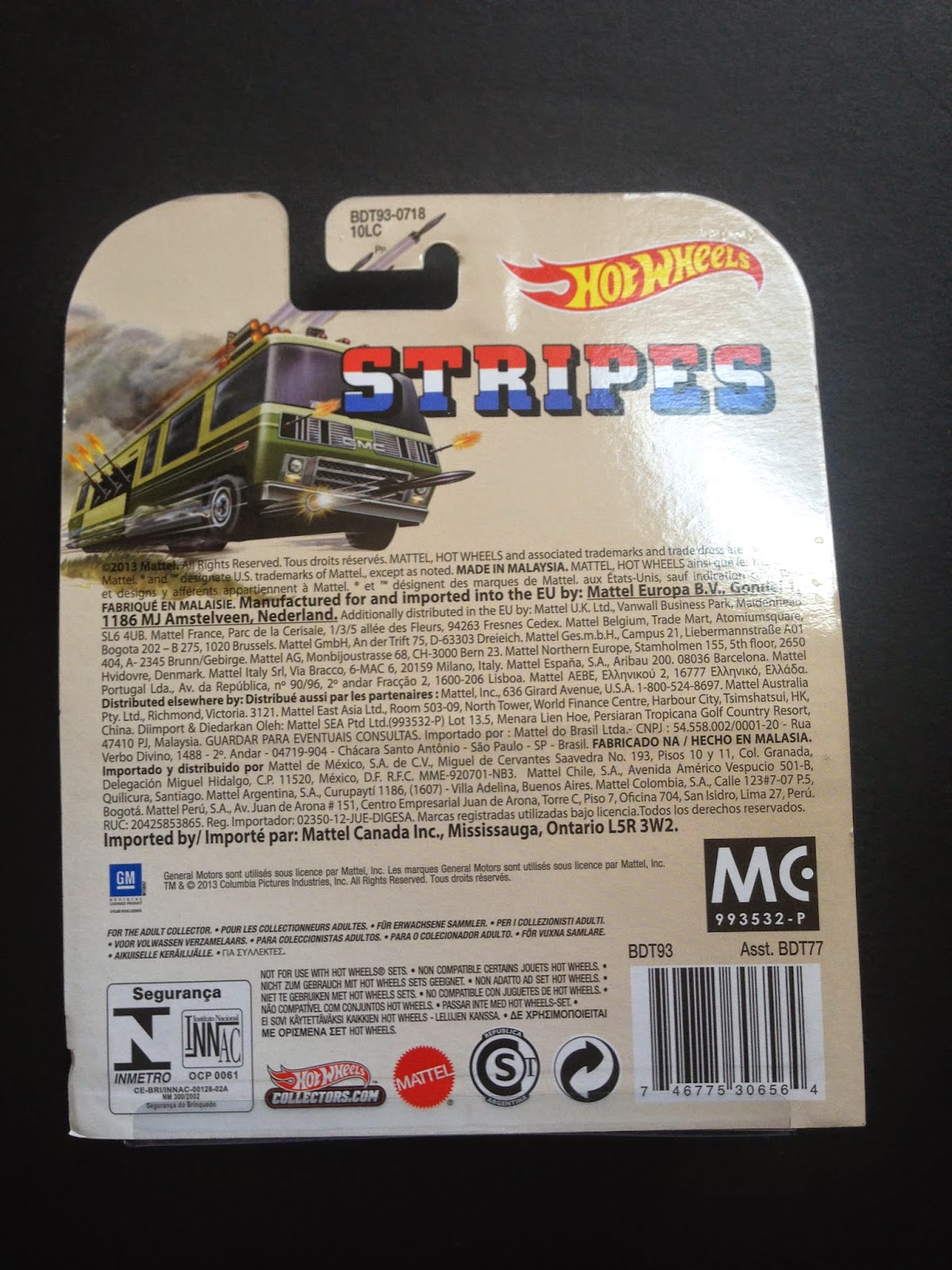 The Hoth scenes were always my favorite part in the Star Wars history. So I was very excited when the 12 inch Gentle Giant Rebel Hoth Soldier and Snowtrooper which I preordered showed up on my door step on the exact same day.

Can't wait for the rest of them. Wampa, Hoth Luke, Hoth Leia, 21B, and even the Bespin Han since he wore that outfit inside Echo Base.

Hoping Gentle Giant completes the Hoth series with the Rebel Commander and FX-7, and dare we say....a TaunTaun? 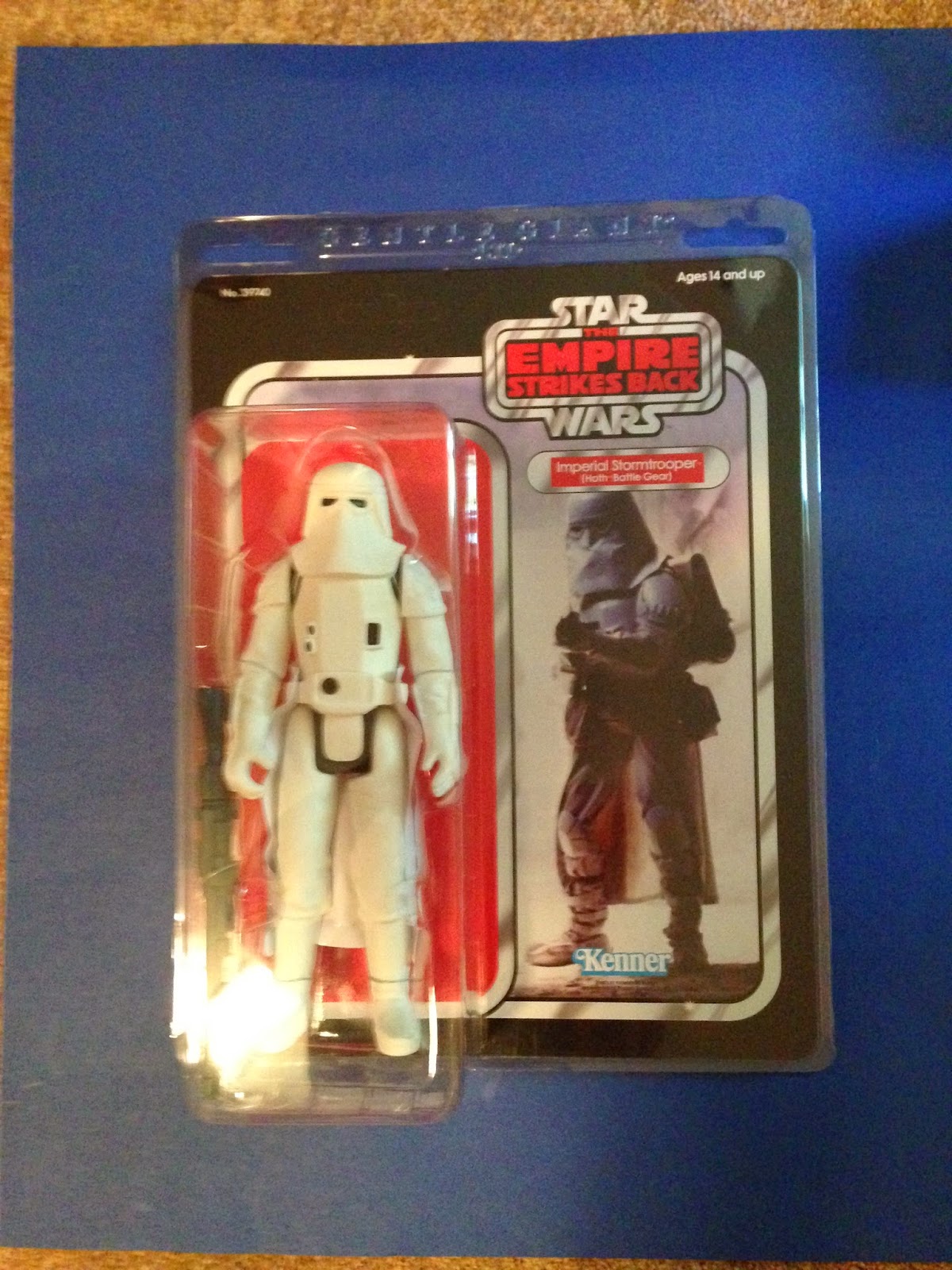 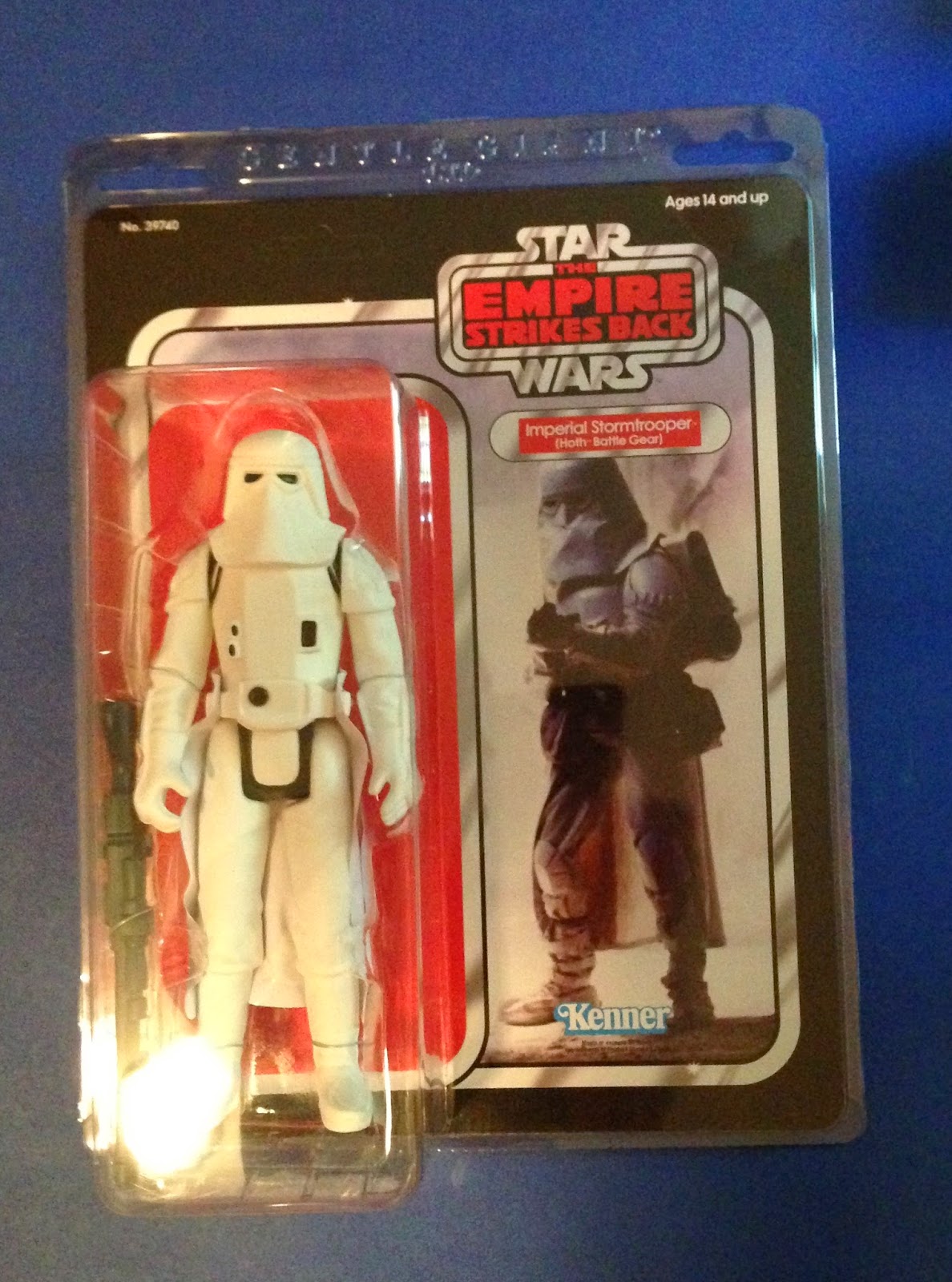 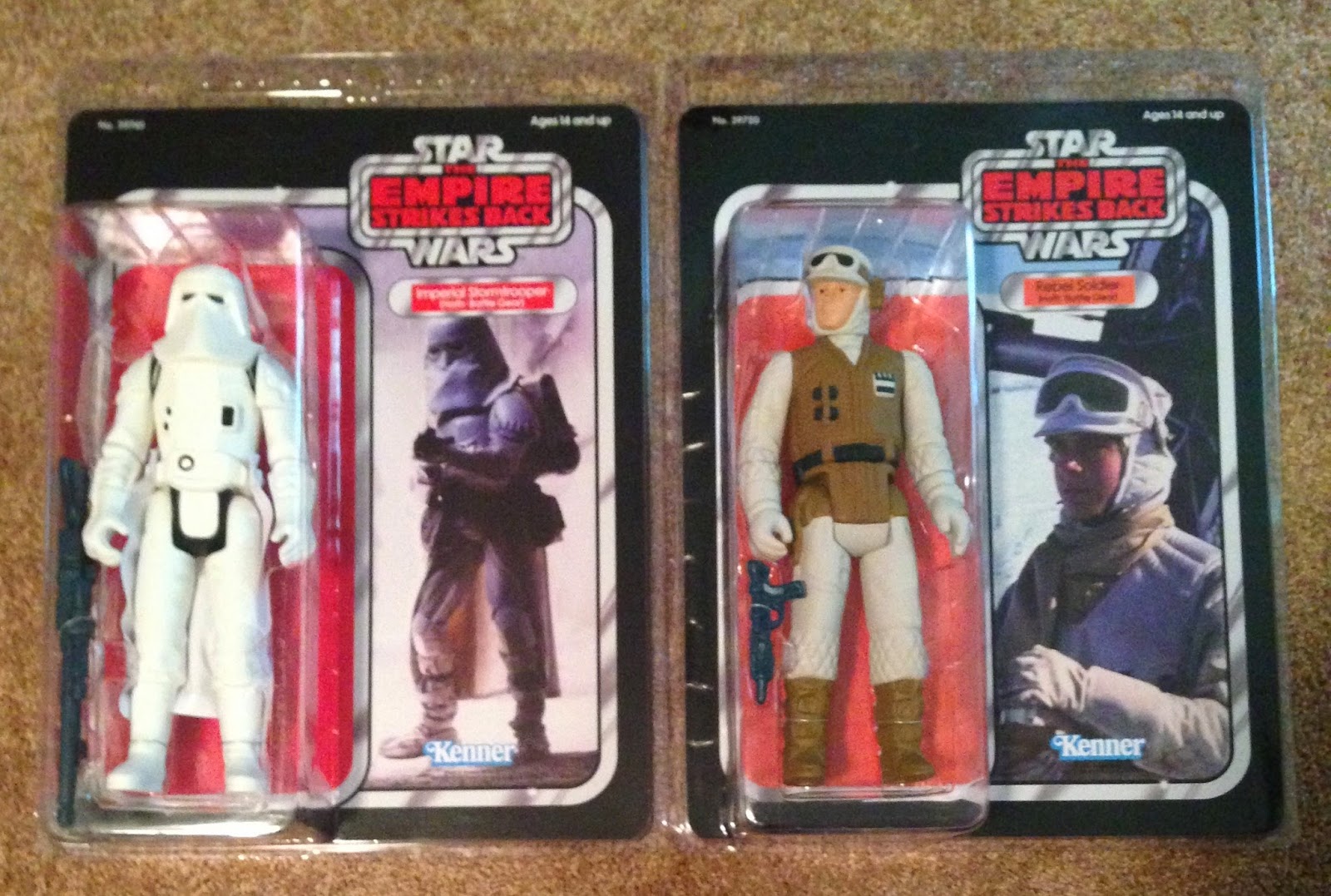 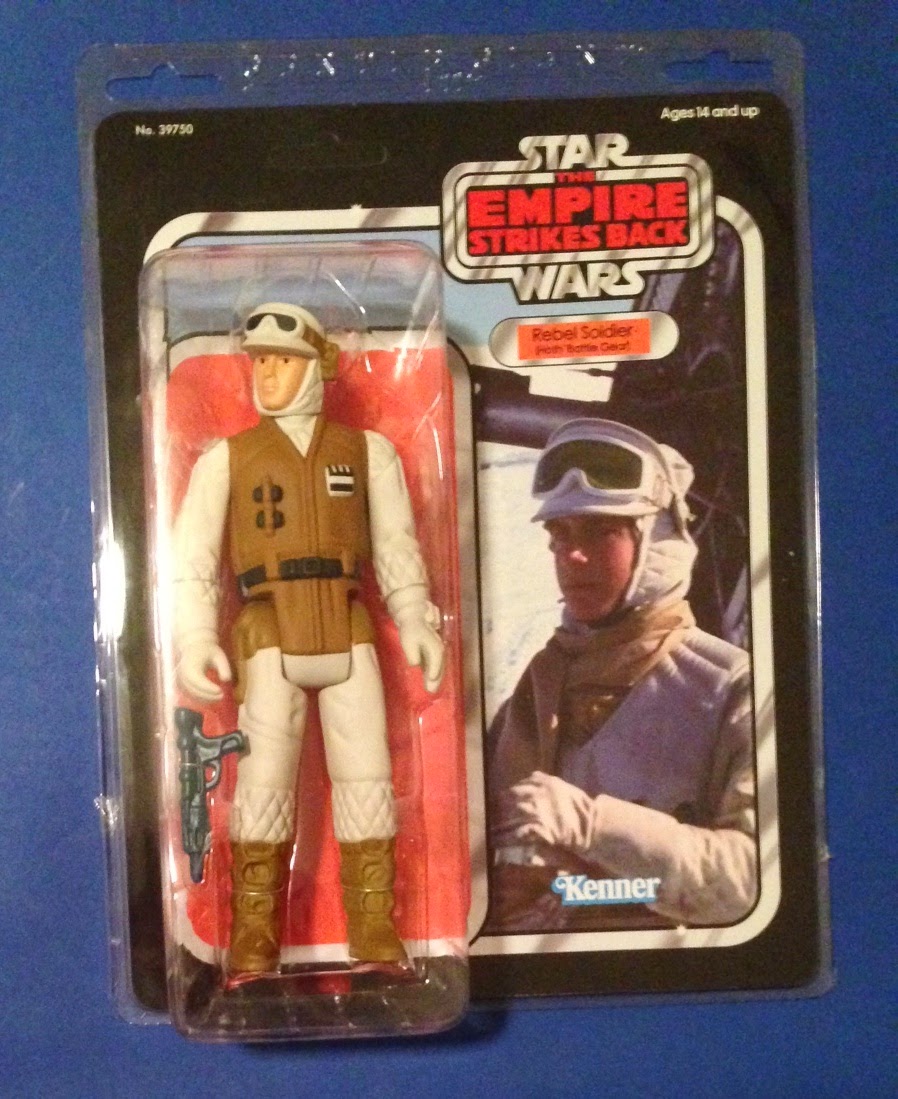 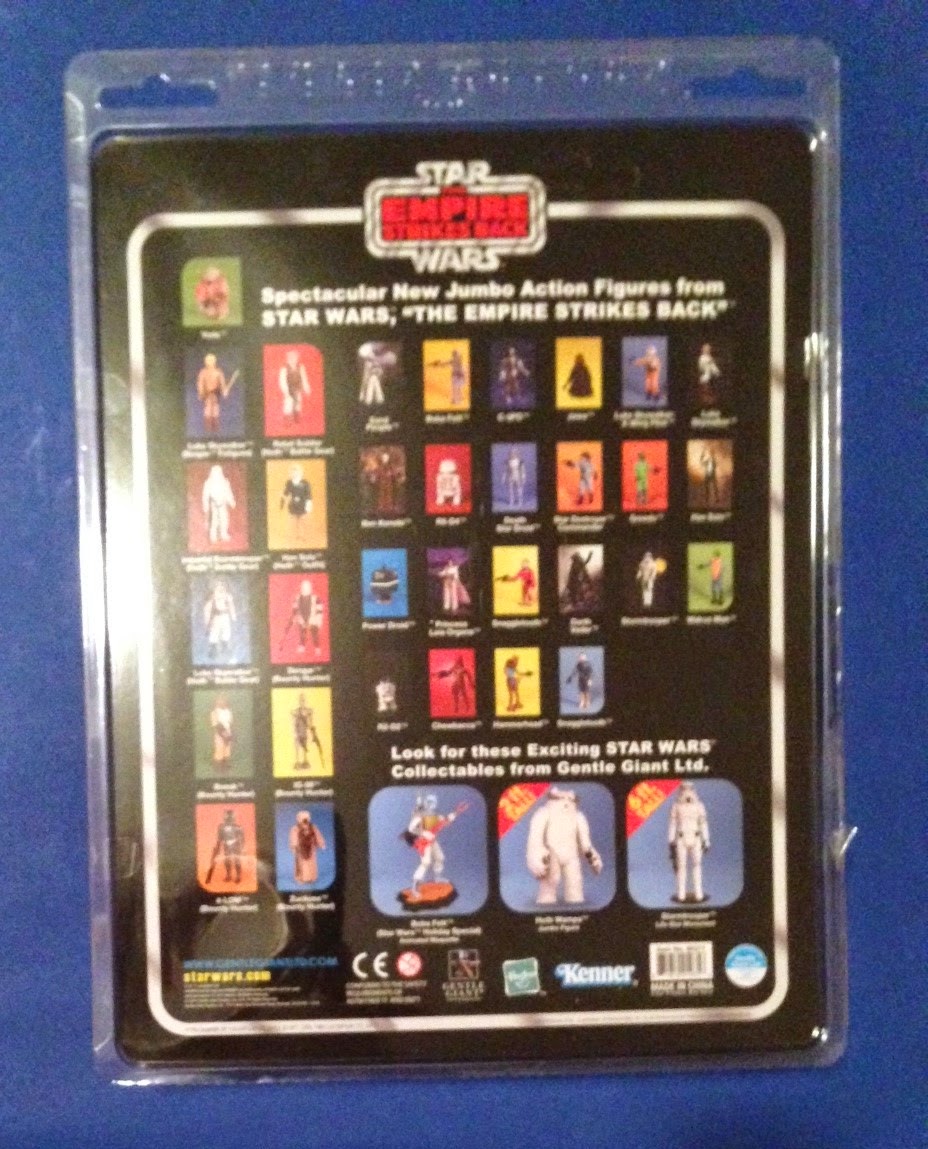 I had the first Star Wars black vinyl collector's case when it was first released. It was also stolen (or lost) years later full of figures. I didn't realize until recently that there were similar cases released for Empire Strikes Back and Return of the Jedi. I had the Darth Vader head collector case and knew about the C3PO, Rebel Transport and Rifle collector cases.

Anyway, my vintage figure collection was stuffed in a USPS box for years. It wasn't until I recently finally made the image of the collection into a custom jigsaw puzzle that I wondered how many I was missing, and how many accessories I was missing.


So I've been on a mission to complete the collection - well at least through Return of the Jedi. I can't even get into Power of the Force at this time. Too expensive, even loose, incomplete. I swear I purchased more of those in the early 90s at flea markets but I must have been wrong.

Anyway, along with completing the collections, I've been buying repro weapons and capes and putting them into the vinyl cases. The Return of the Jedi case is very rare and runs over $100. Occasionally, you can get it between $75-100 on a bidding war that doesn't get out of control. 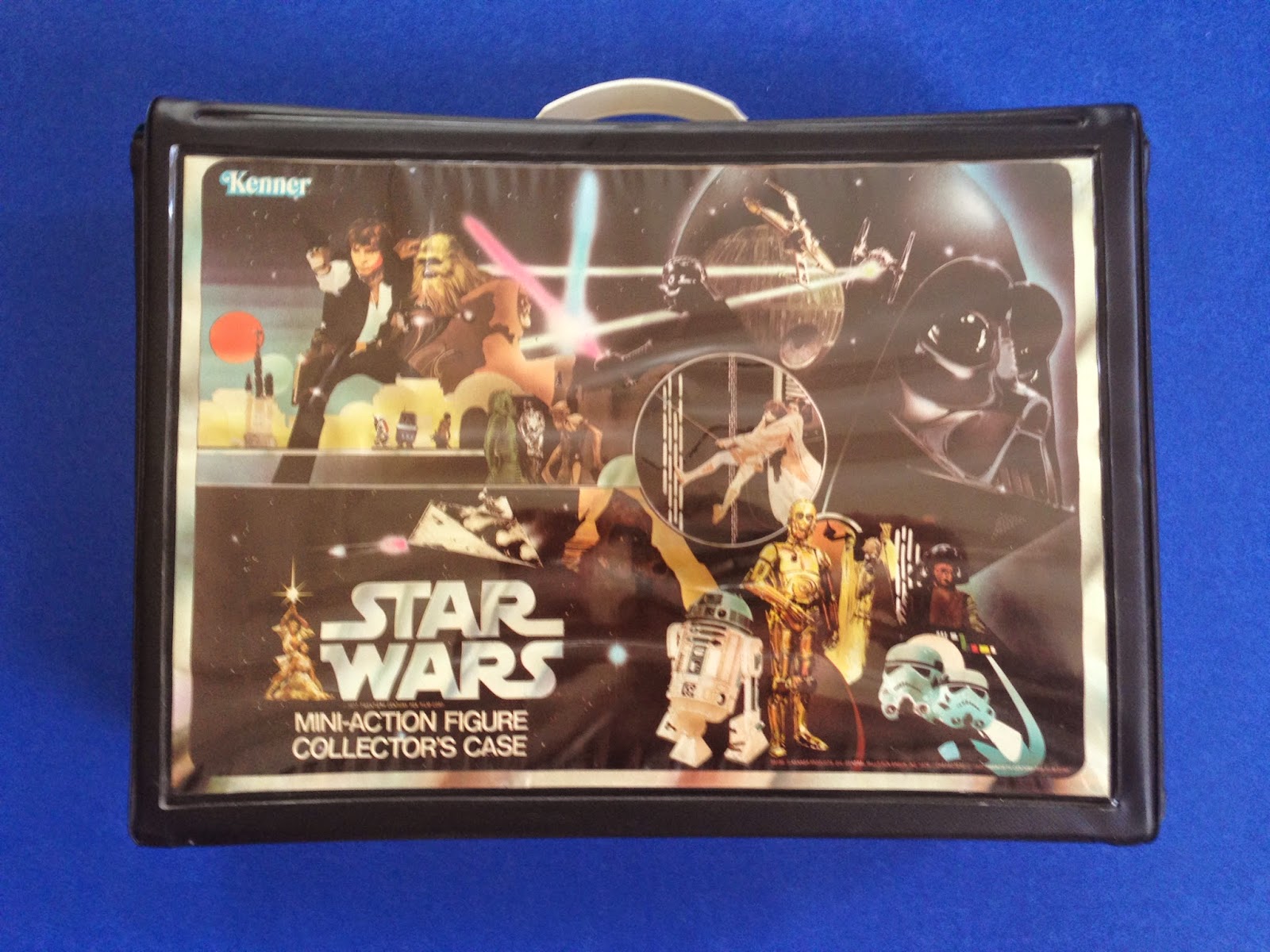 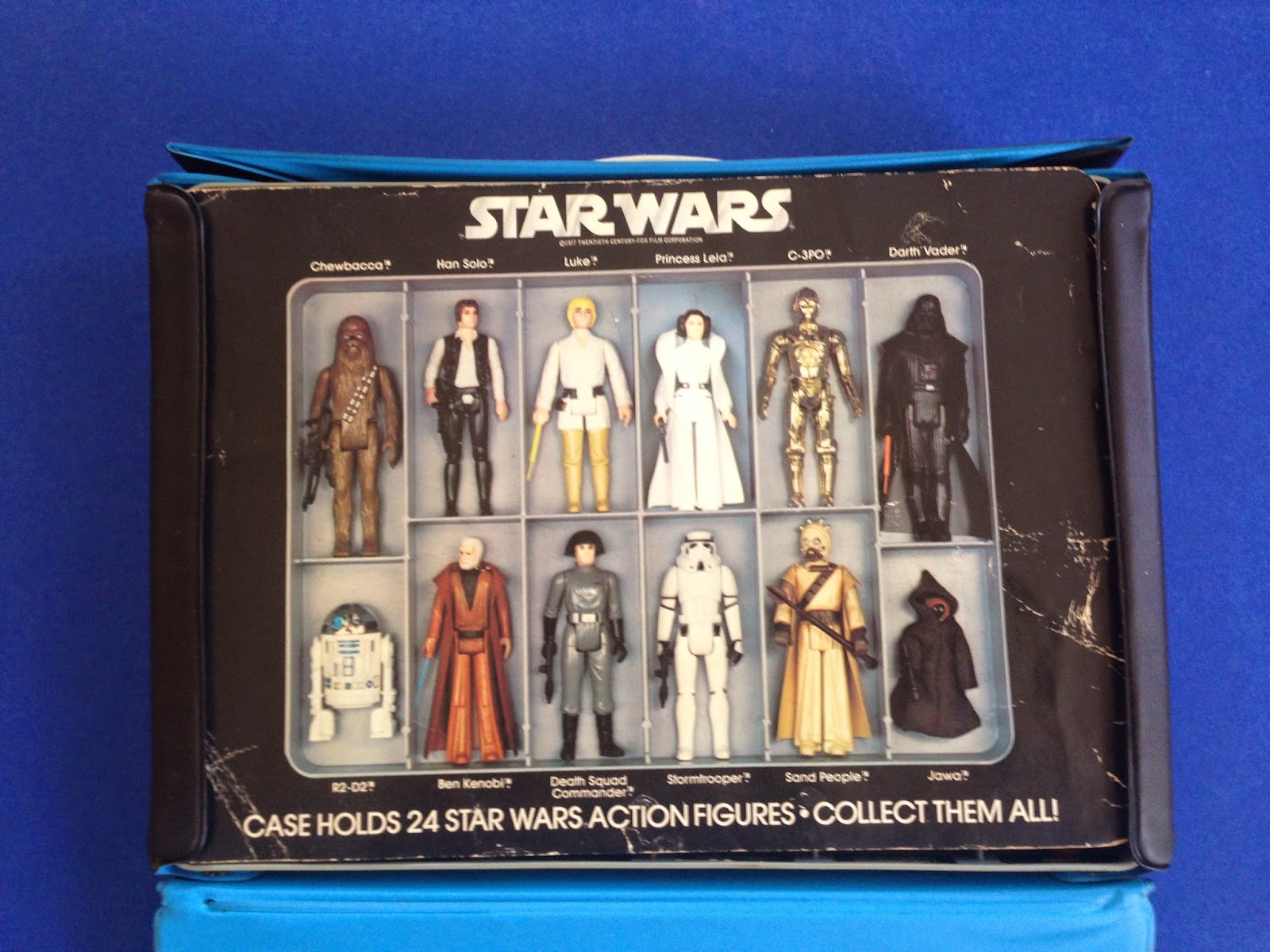 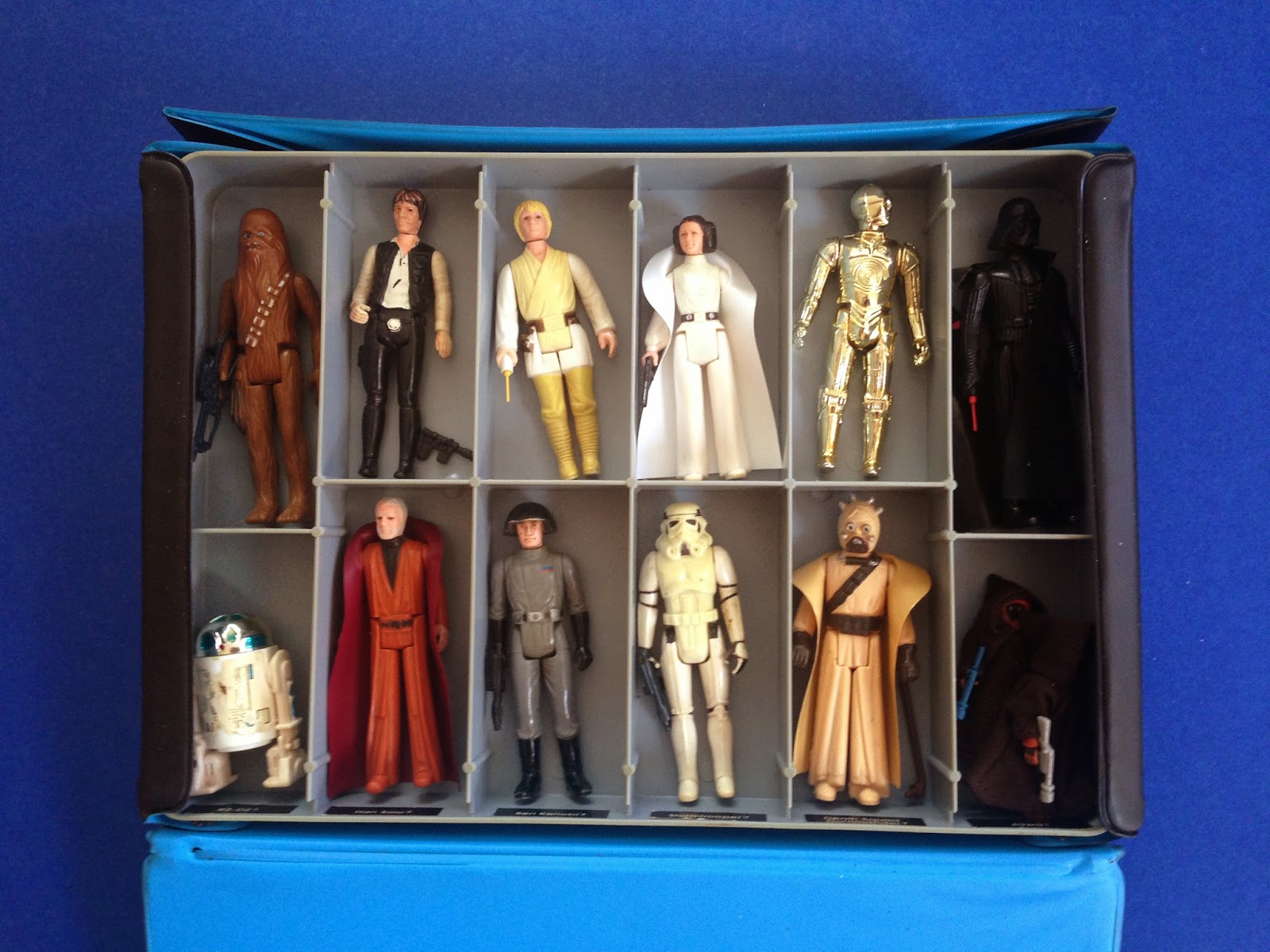 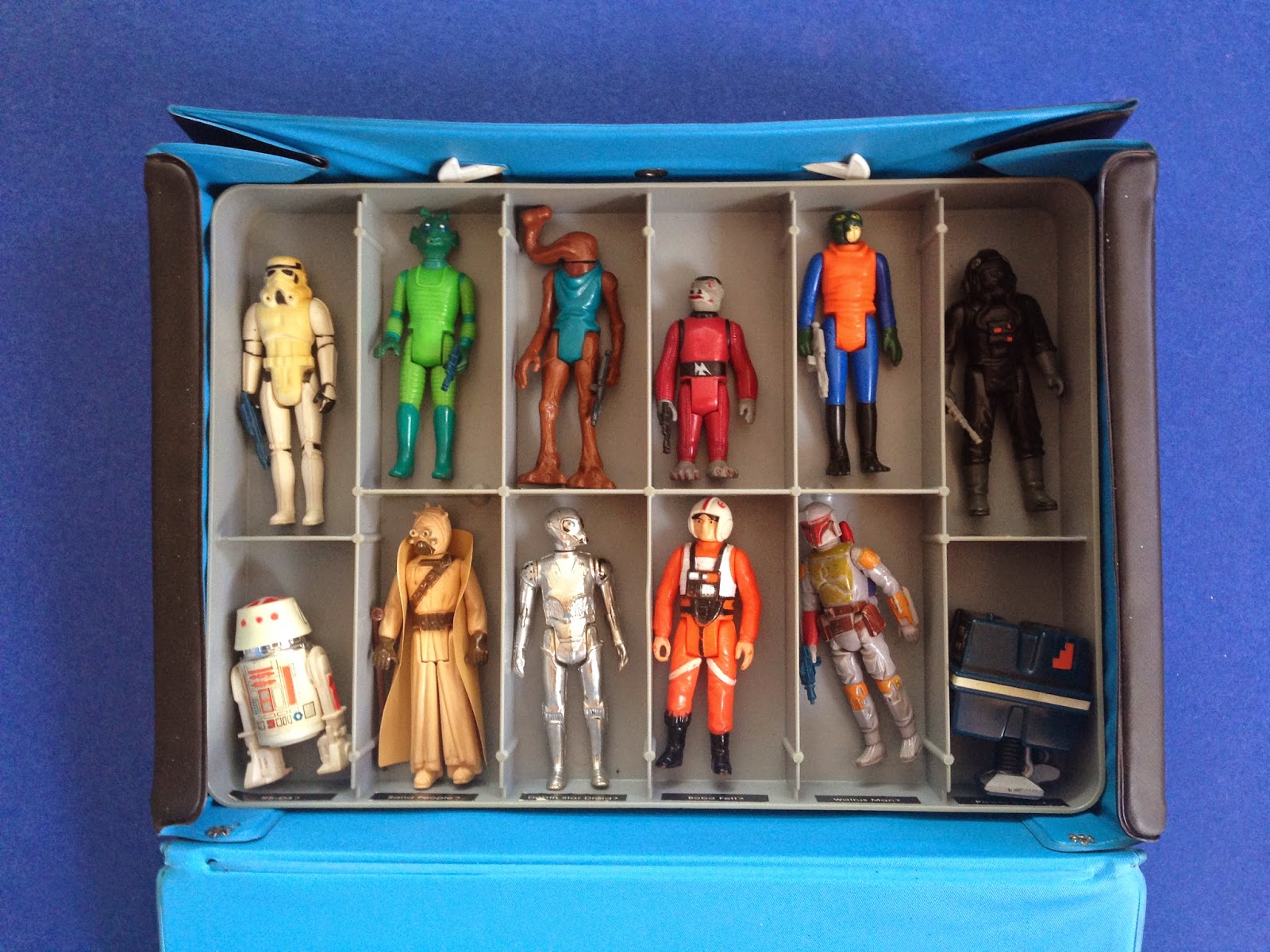 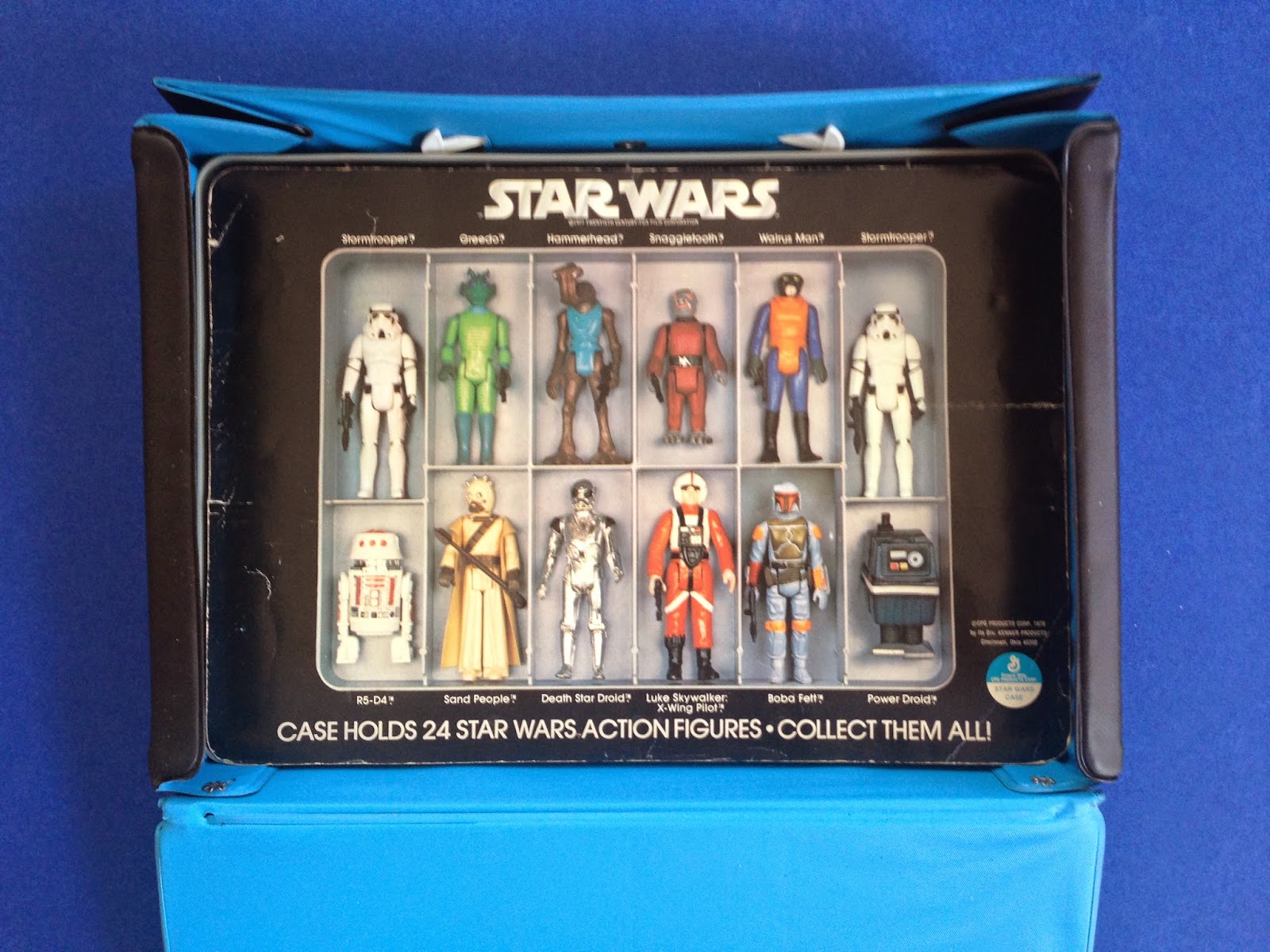 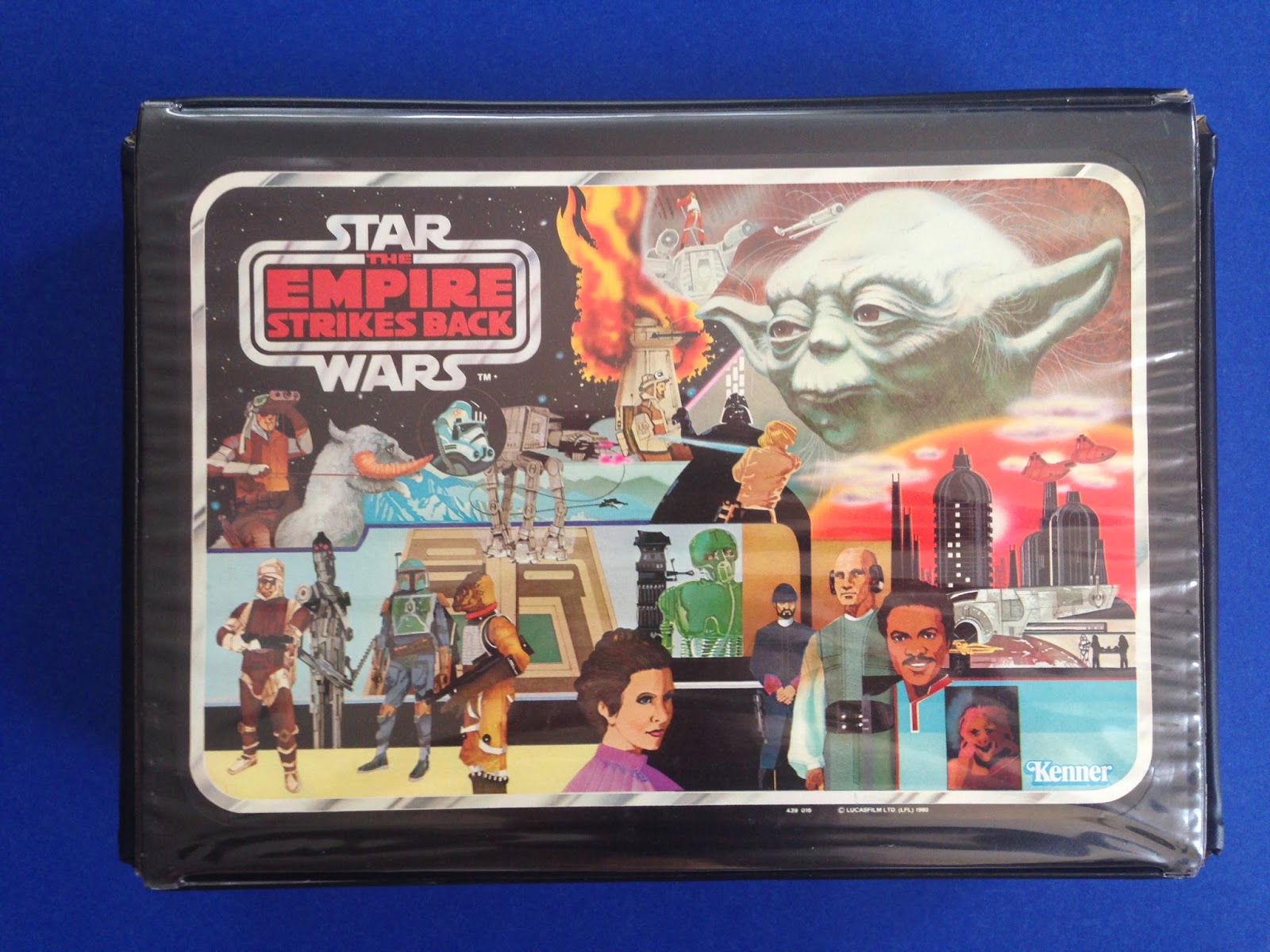 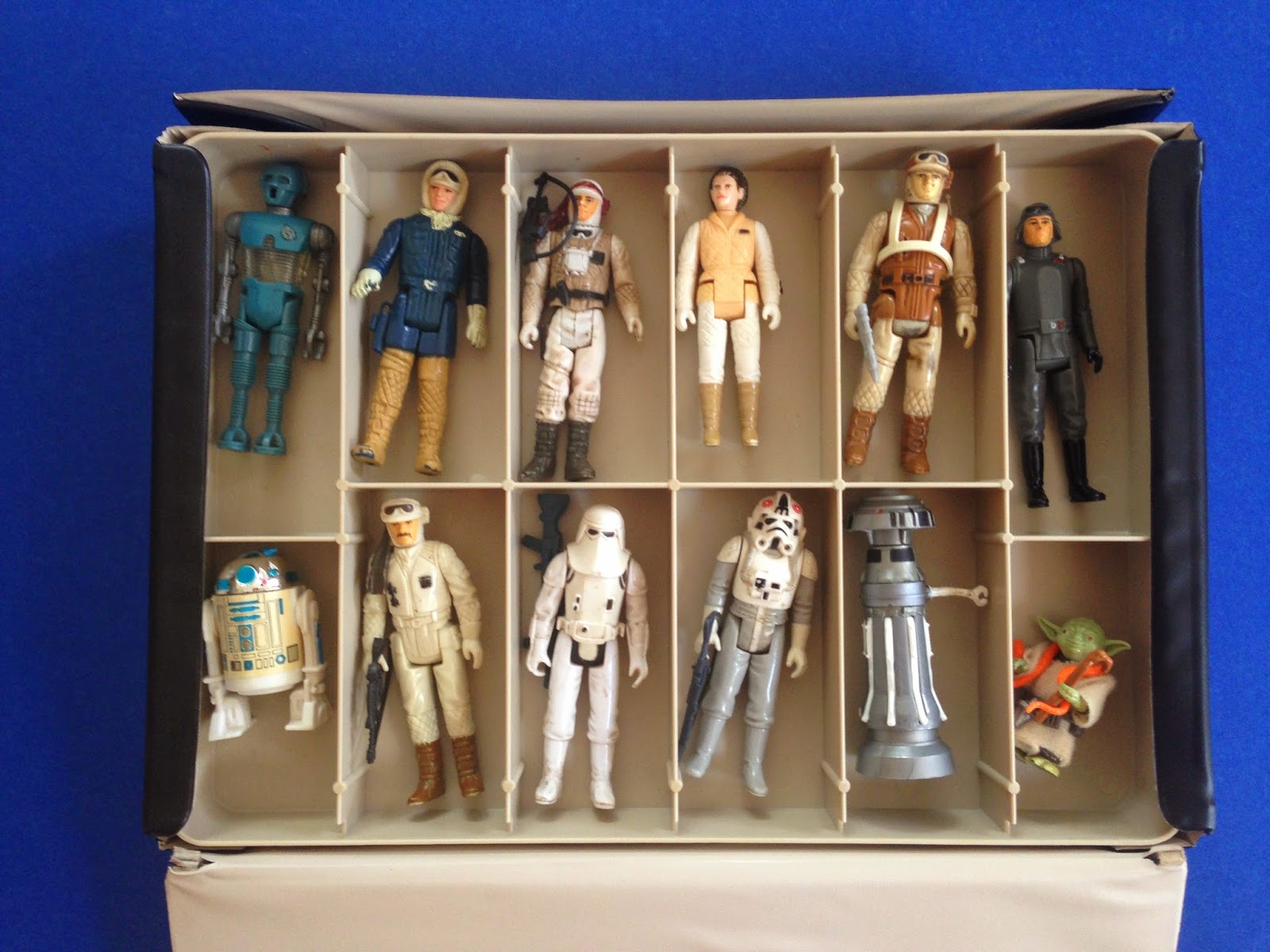 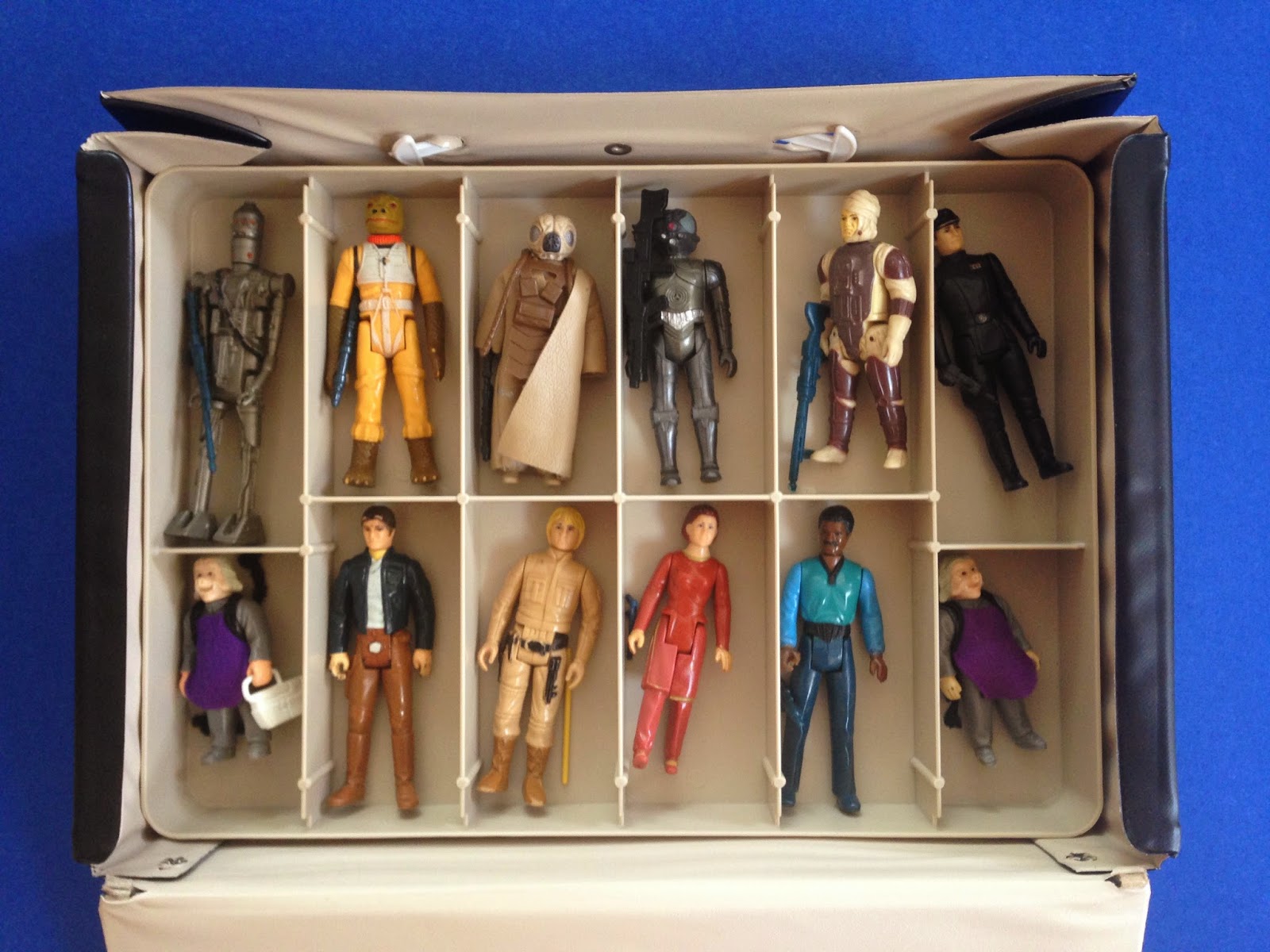 I realized one case doesn't hold all of the ESB figures released. Missing from this are the Bespin Guards, Lobot and Cloud Car Pilot. 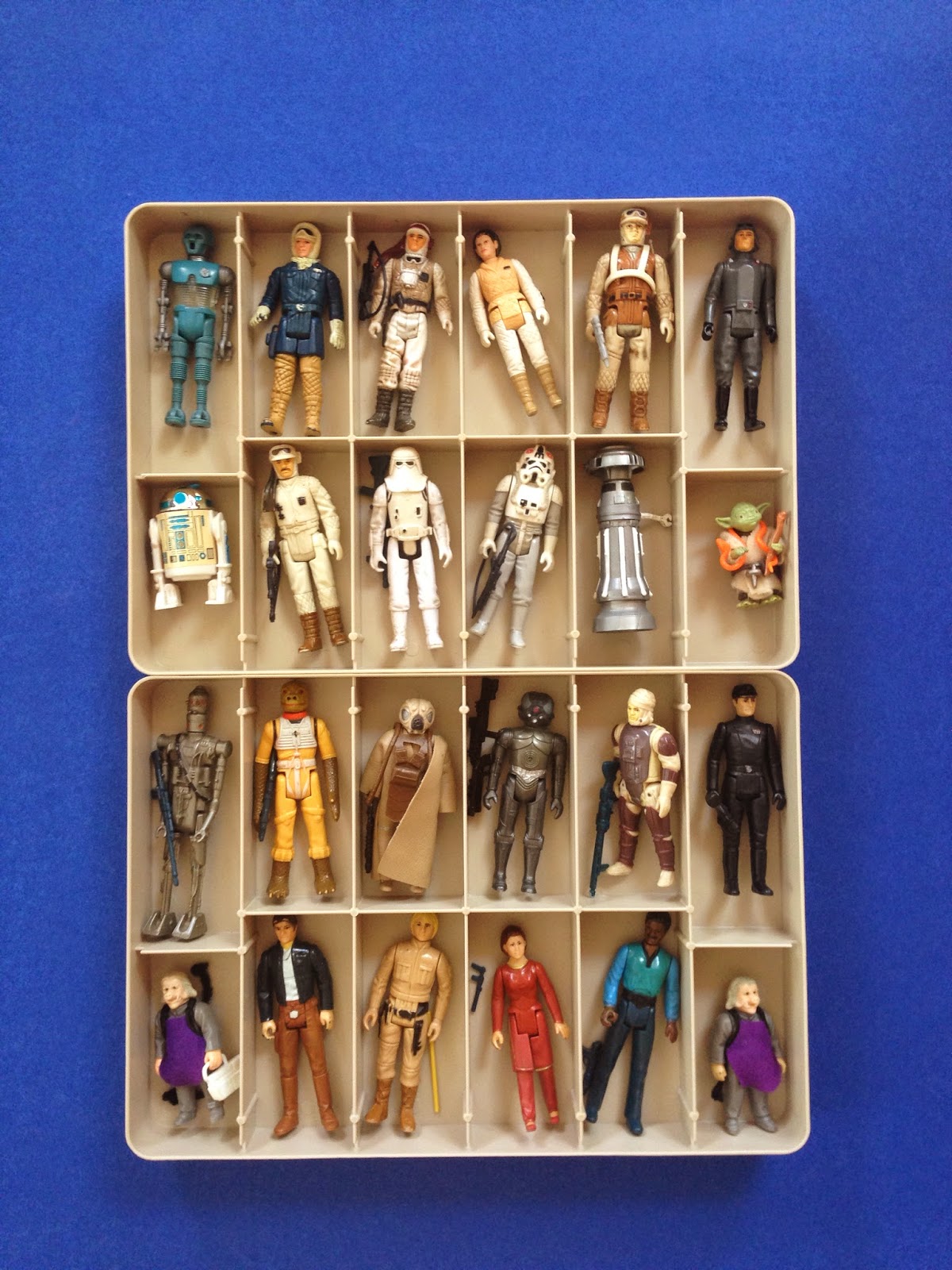 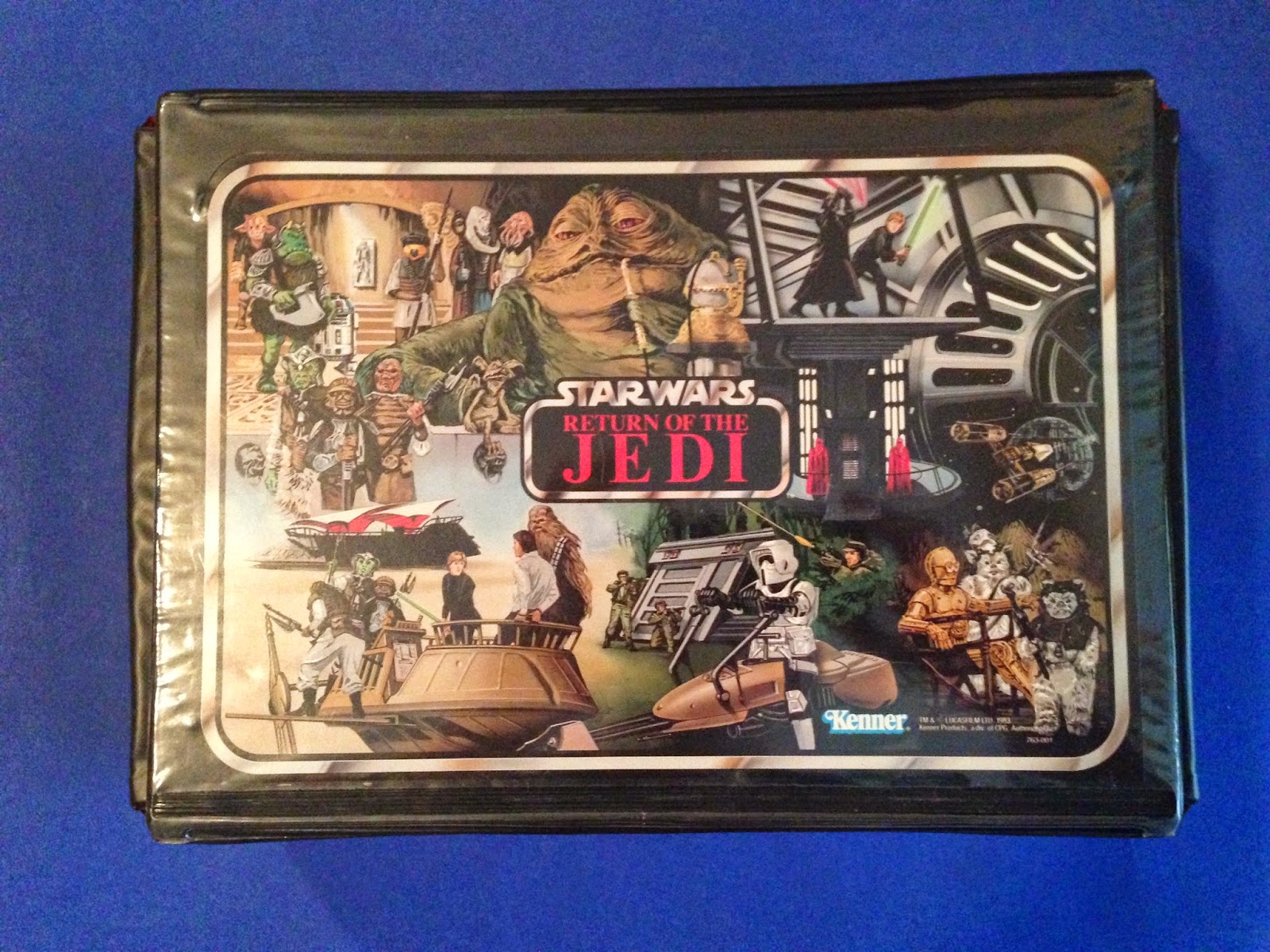 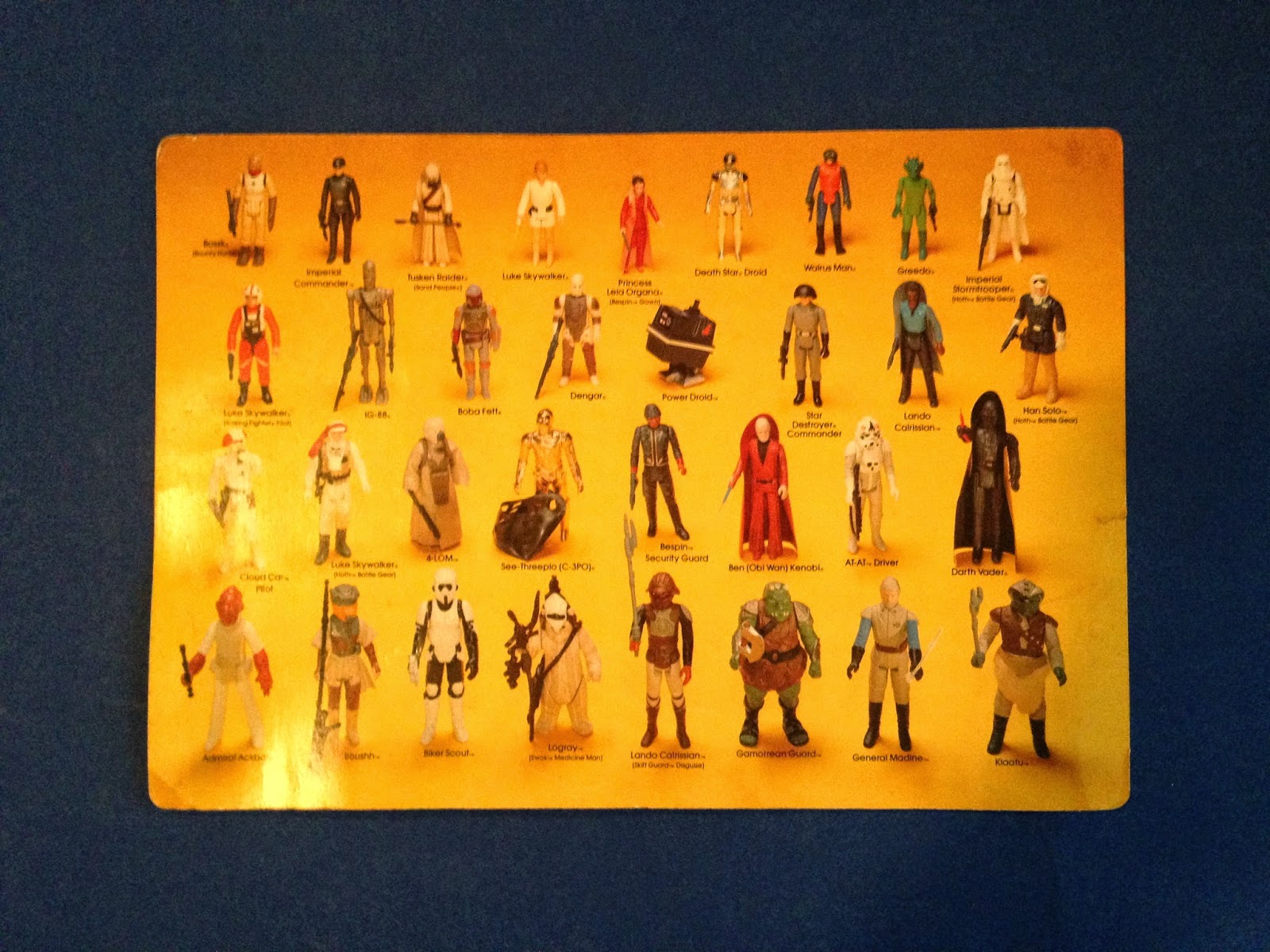 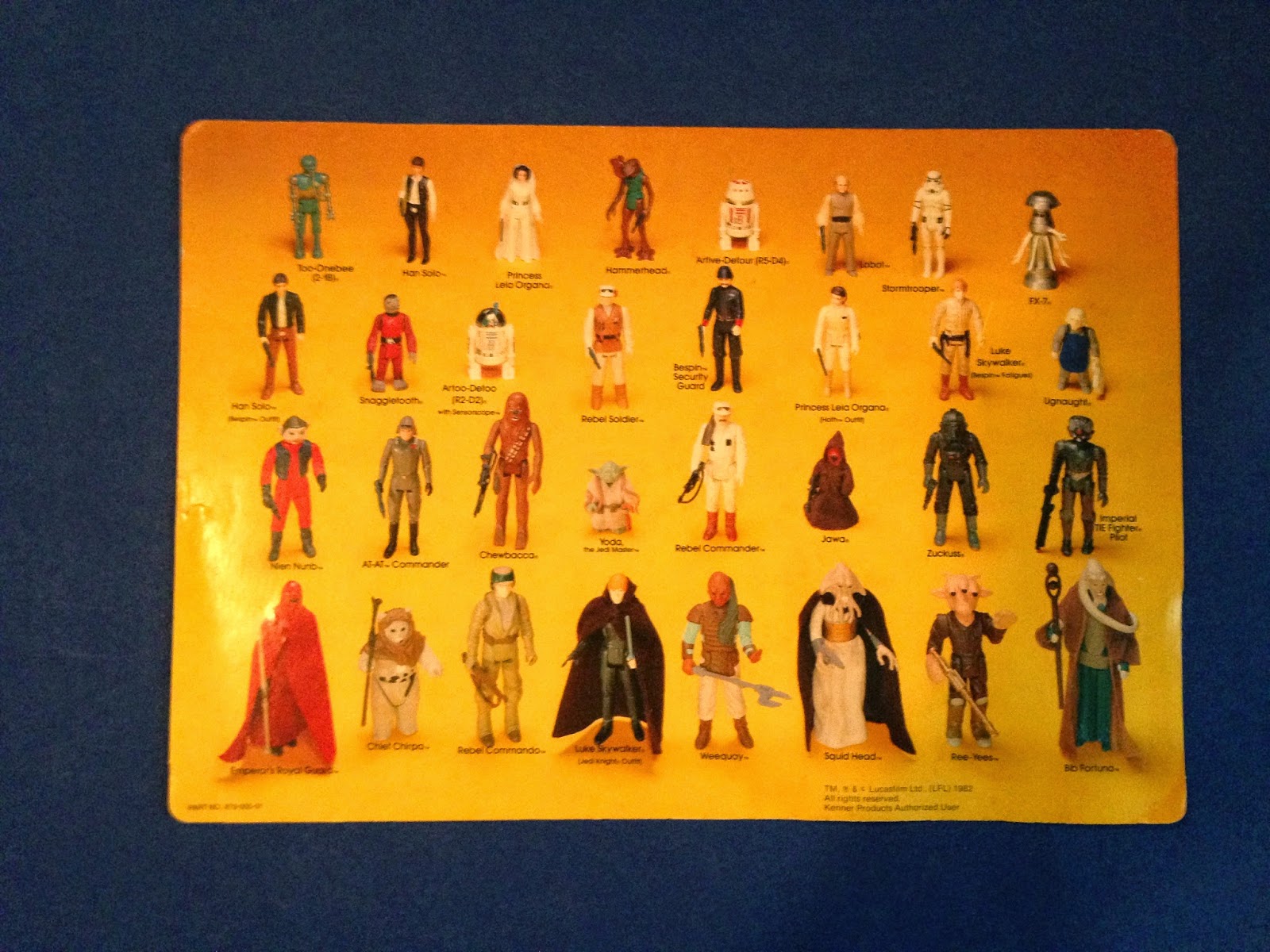 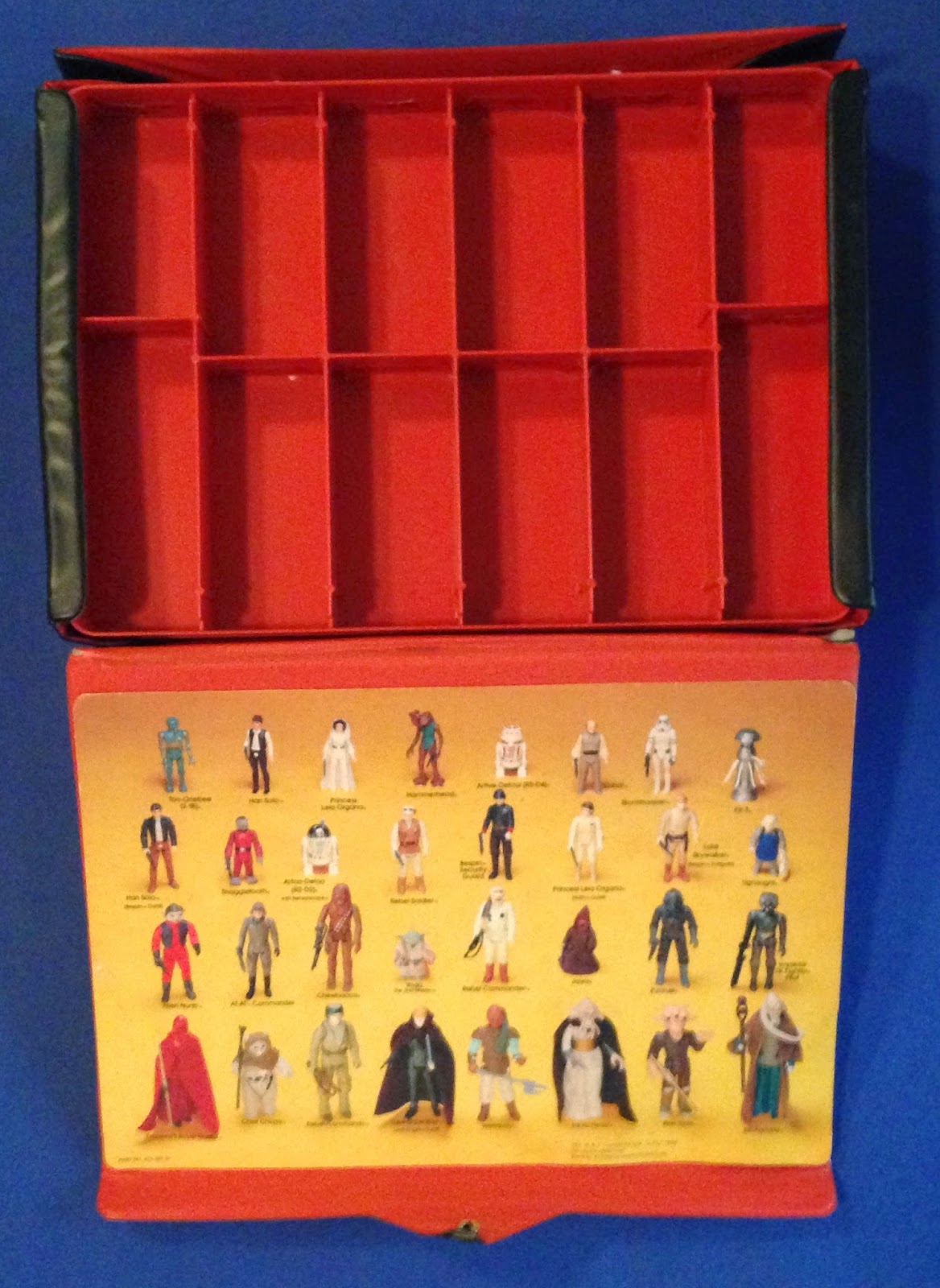 I remember taking my "Star Wars guys" over to friends' houses in the Star Wars black case.
Posted by GIJigsaw at 5:51 PM No comments: