The original Battlestar Galactica television show was great in that it allowed kids at the time to experience space fantasy, in the time before VHS and Beta tapes, and especially after Star Wars. The uniforms were cool. The space ships were cool. The bad guys (Cylons) were bad ass.

I remember my mom taking my brother and I and some friends to see the motion picture when it first came out. All I remember is how loud the speakers were, and the Ovions, because one of the guys with us told the girls who were with us, "don't let the Ovions bite" when we dropped them off after the movie.

Anyway, I have been looking for good deals on the BBP Battlestar Galactica figures. I managed to grab this tin tote collector's set for about $10. It comes with the weird 4-eye, 2 mouth singer, Boxey, and Muffit, the daggit. It's odd that Muffit, the "dog" comes standing up. But the weird singer chick is classic.

The tin tote has some great illustrations around it as well. 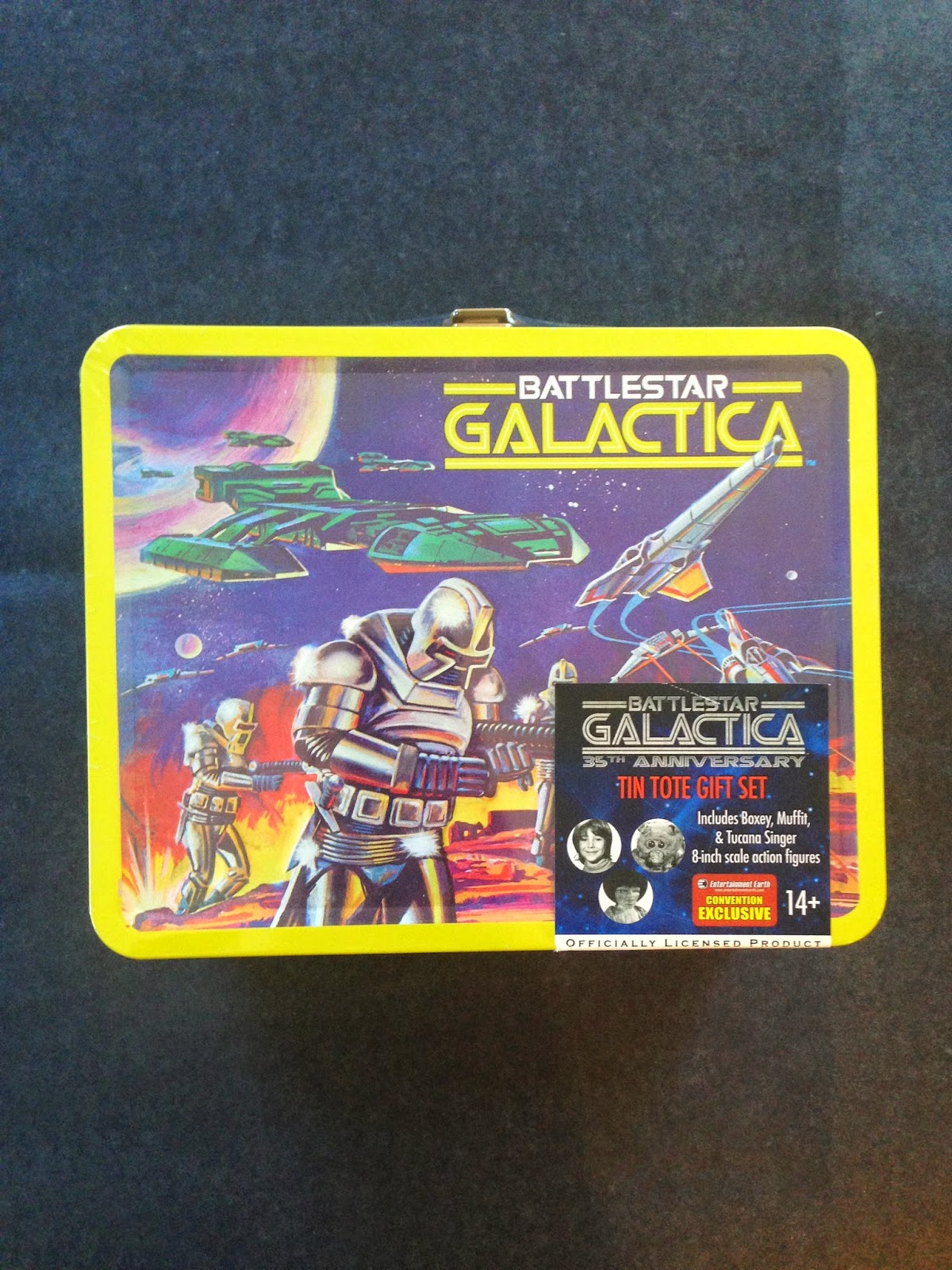 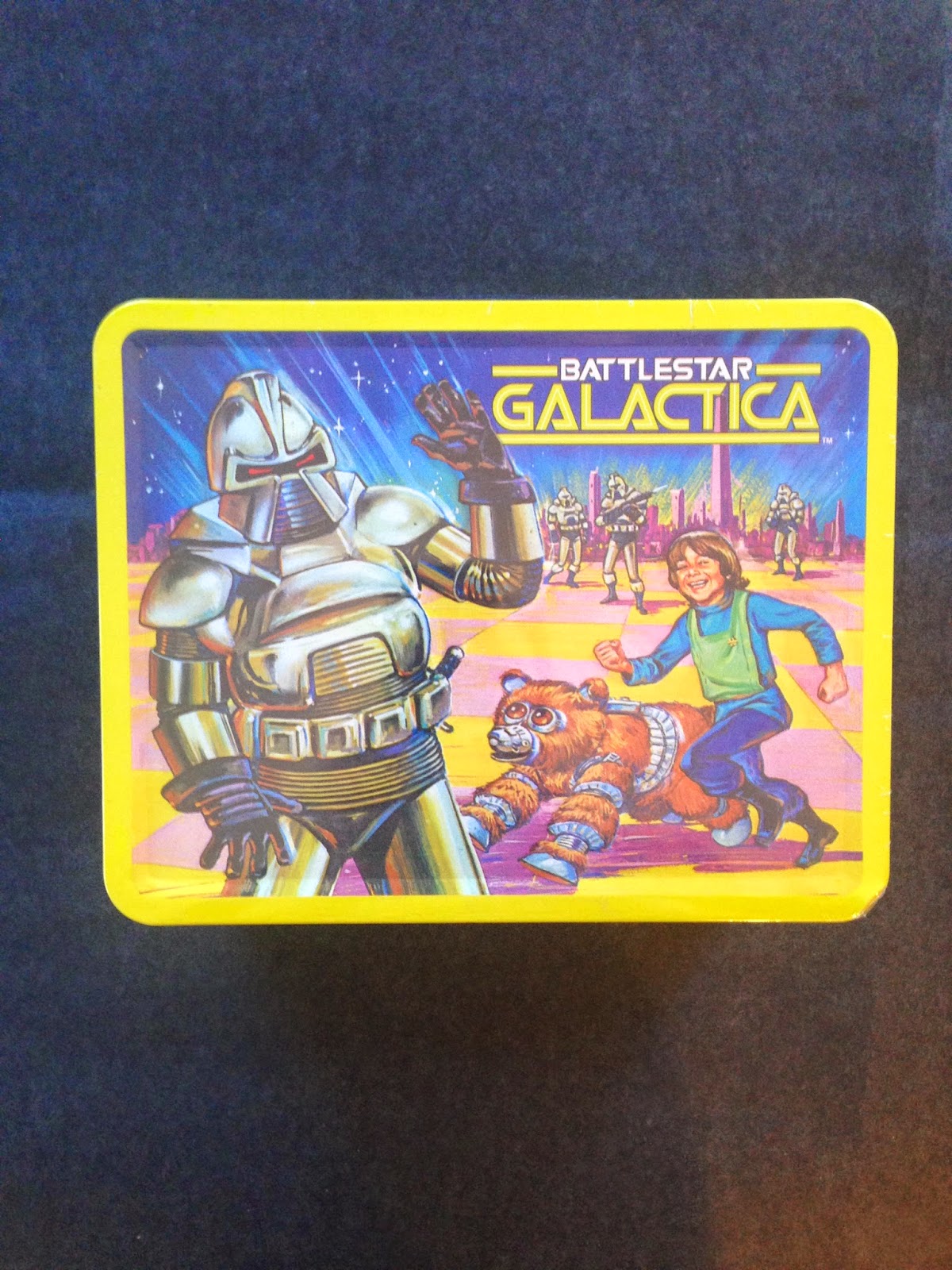 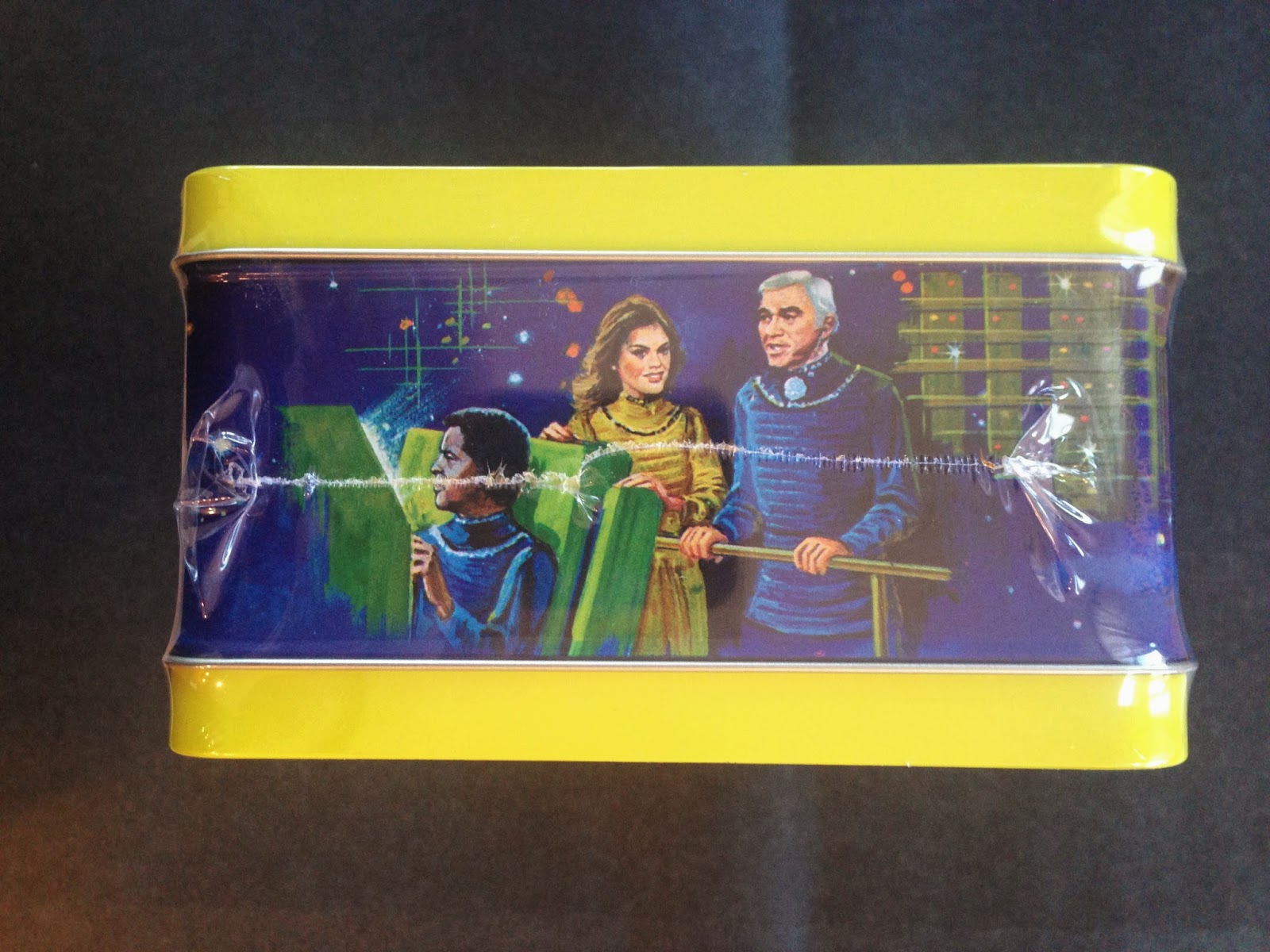 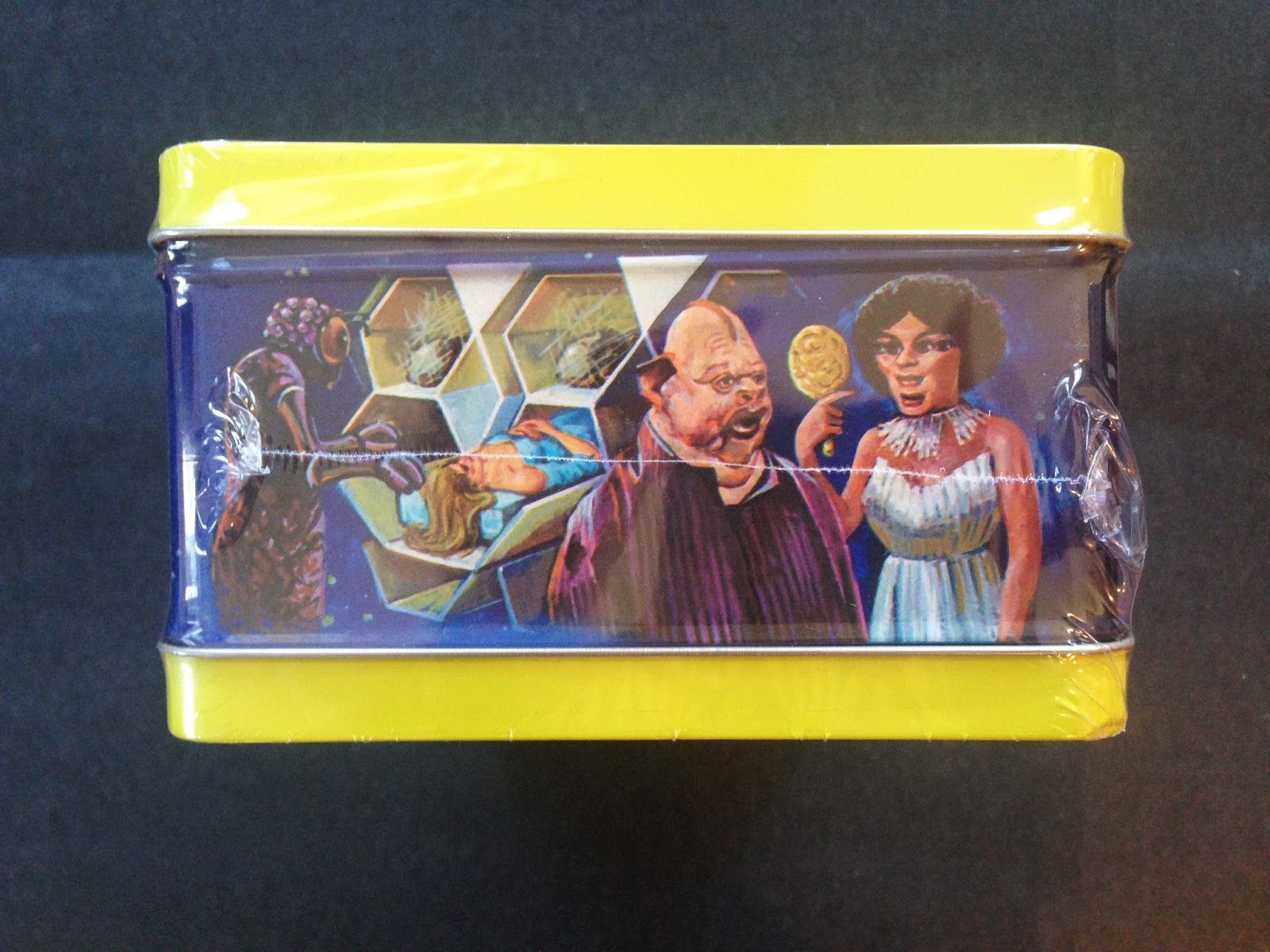 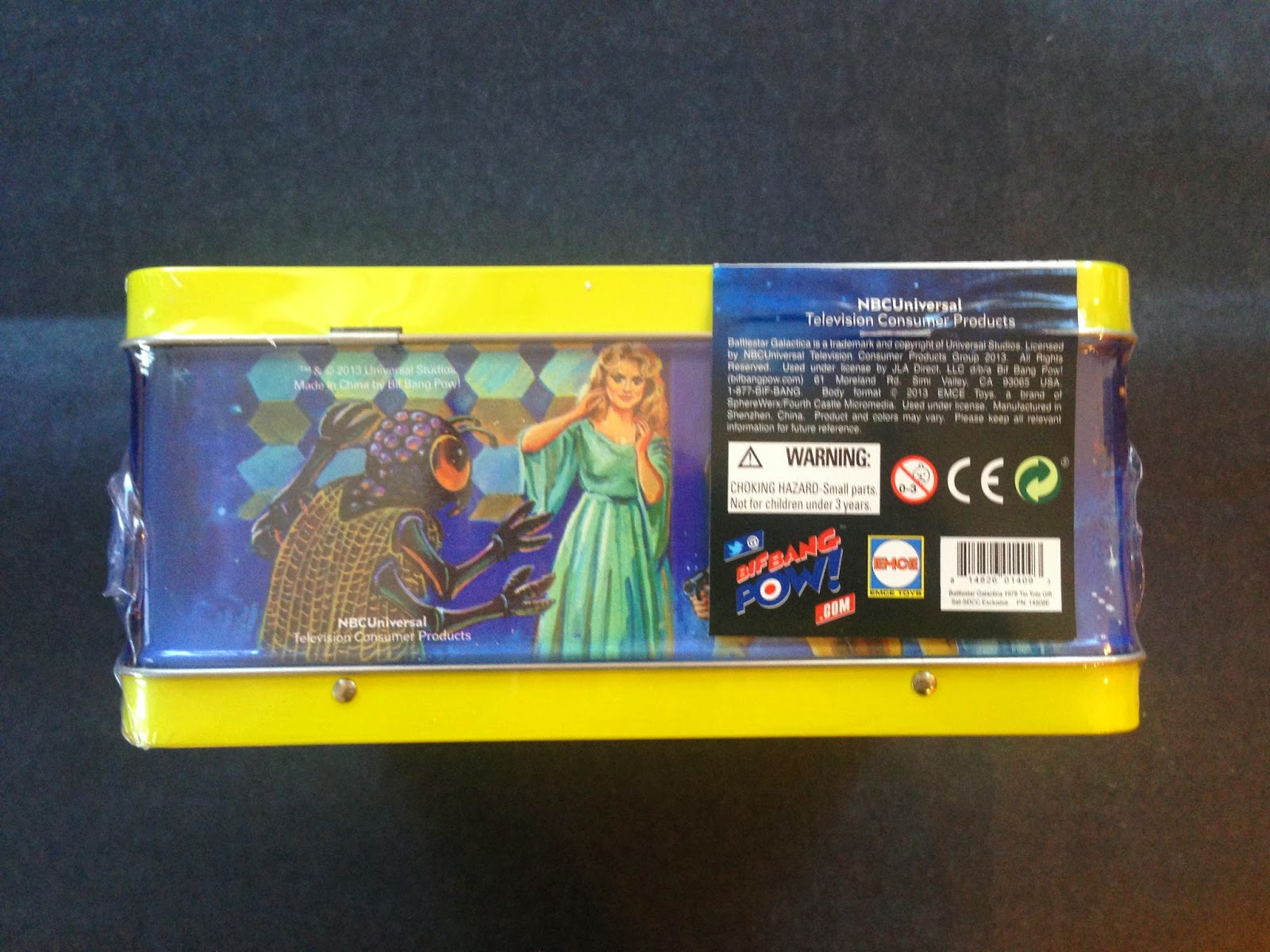 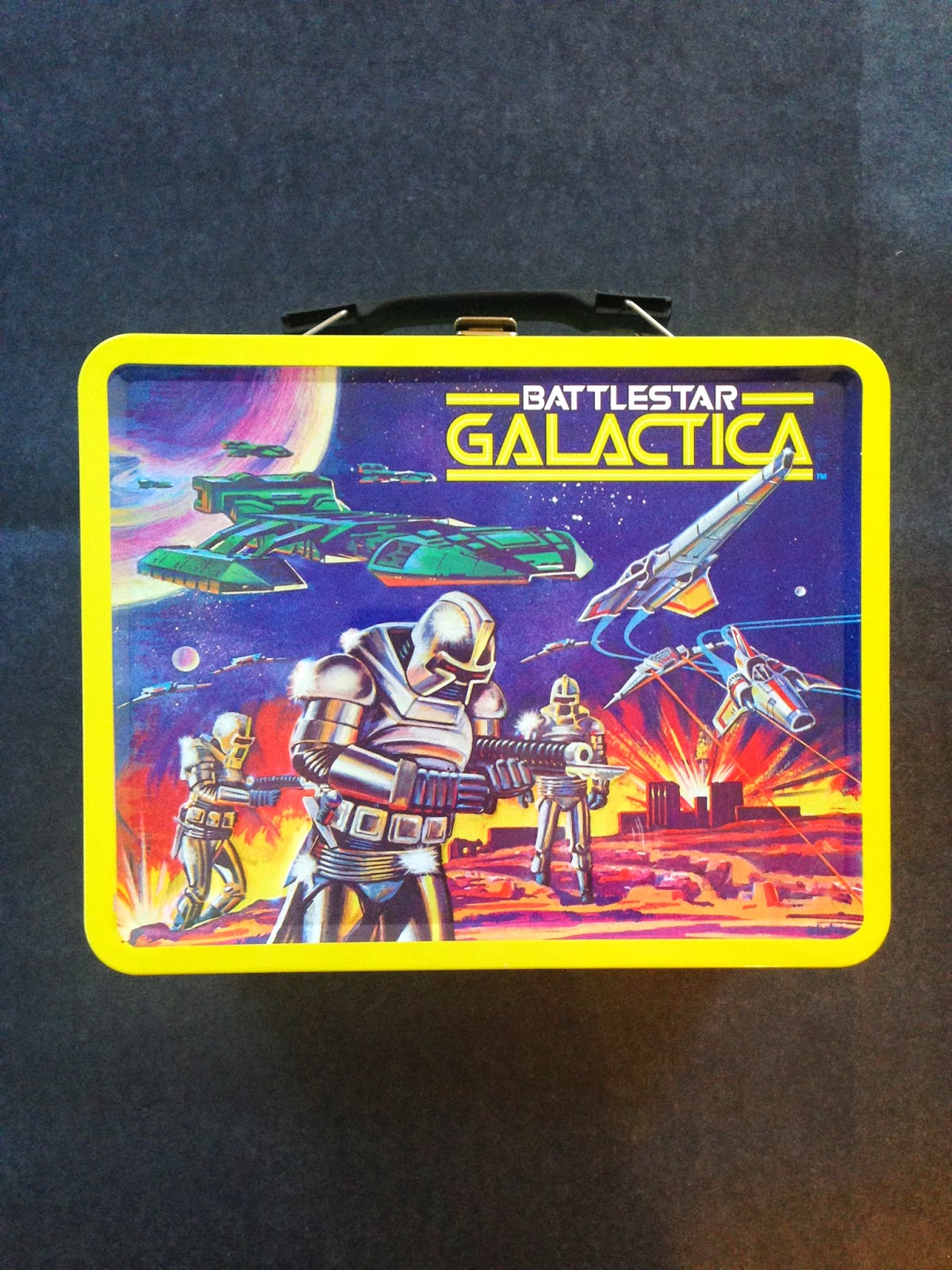 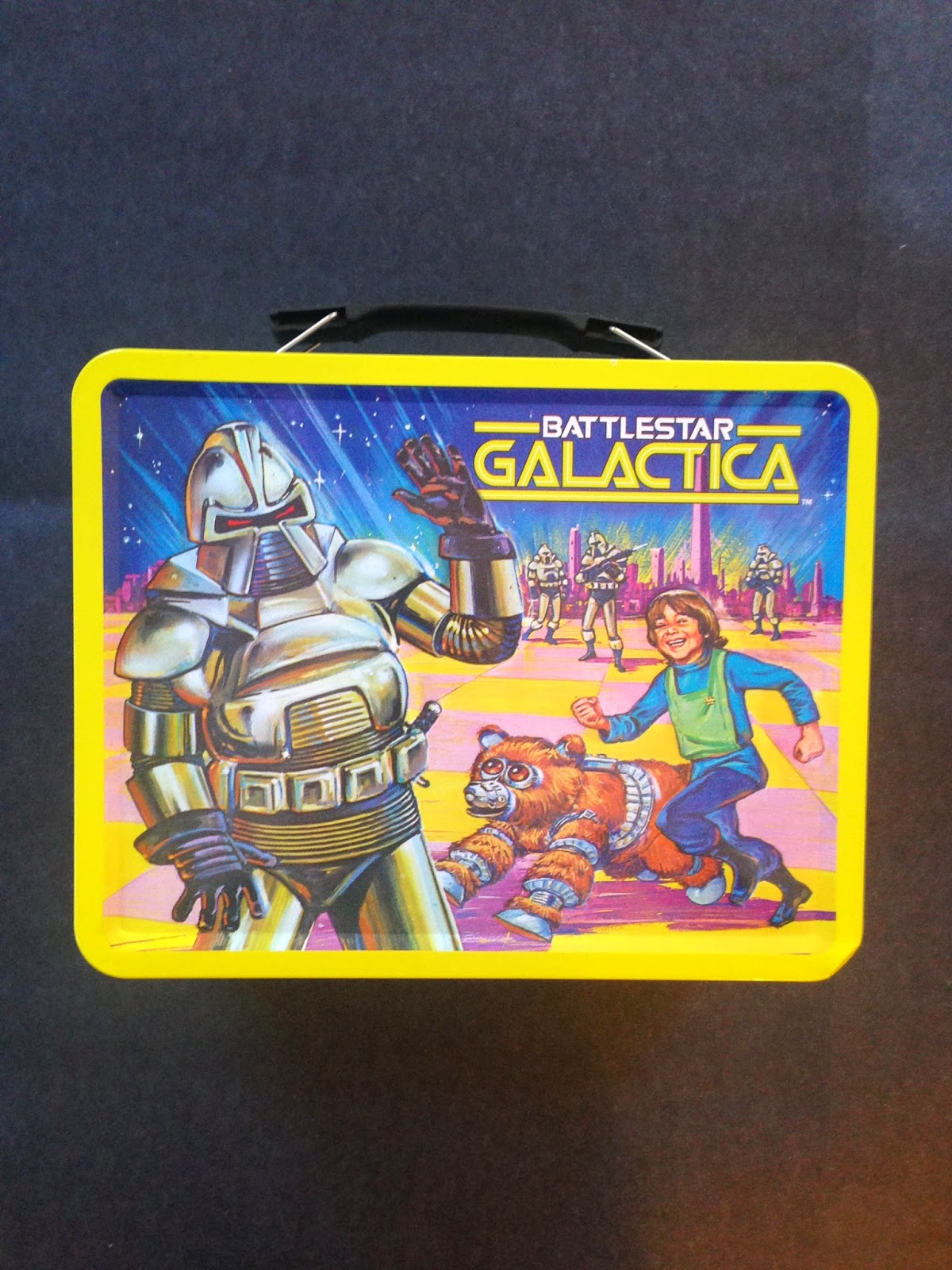 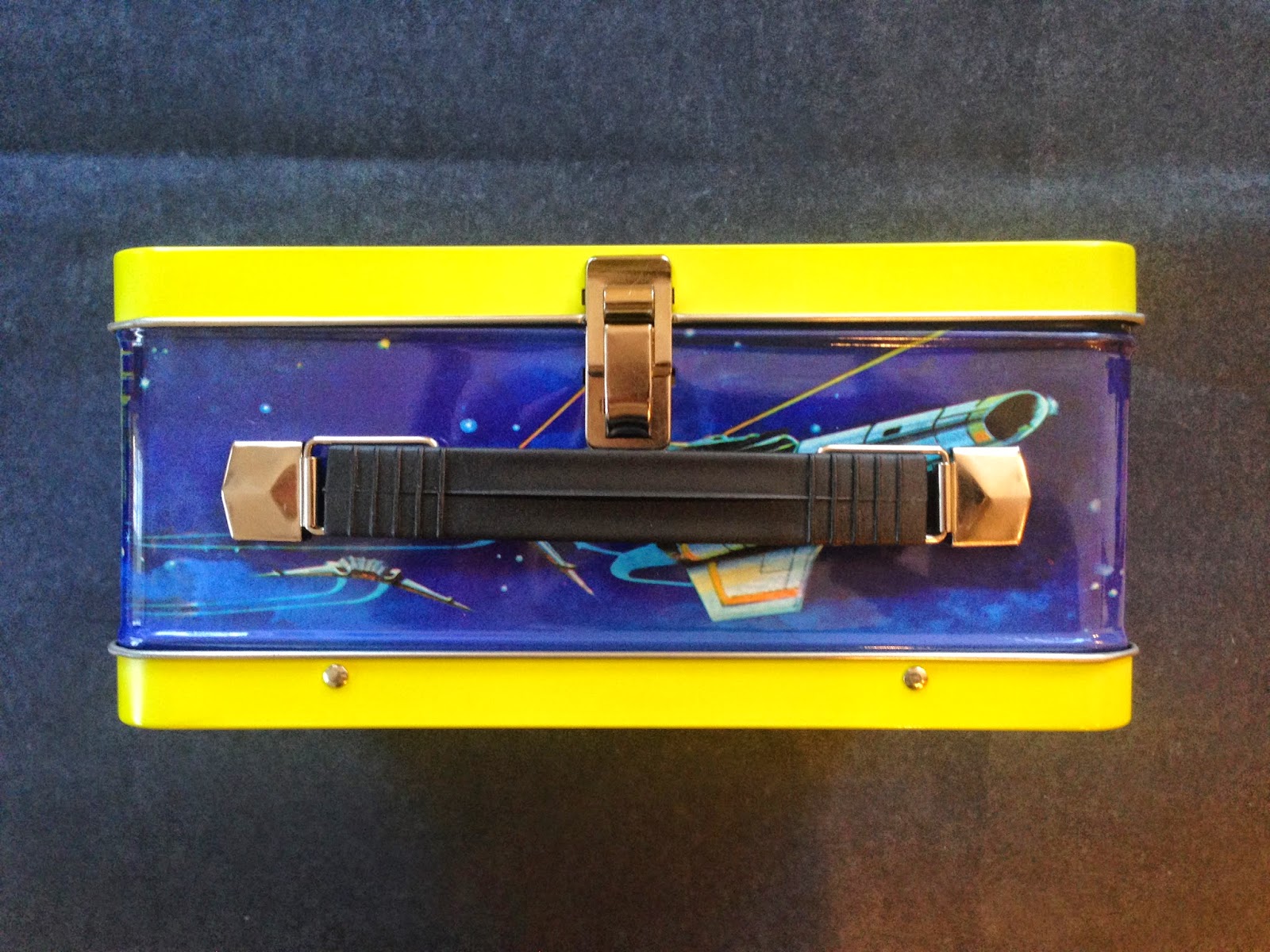 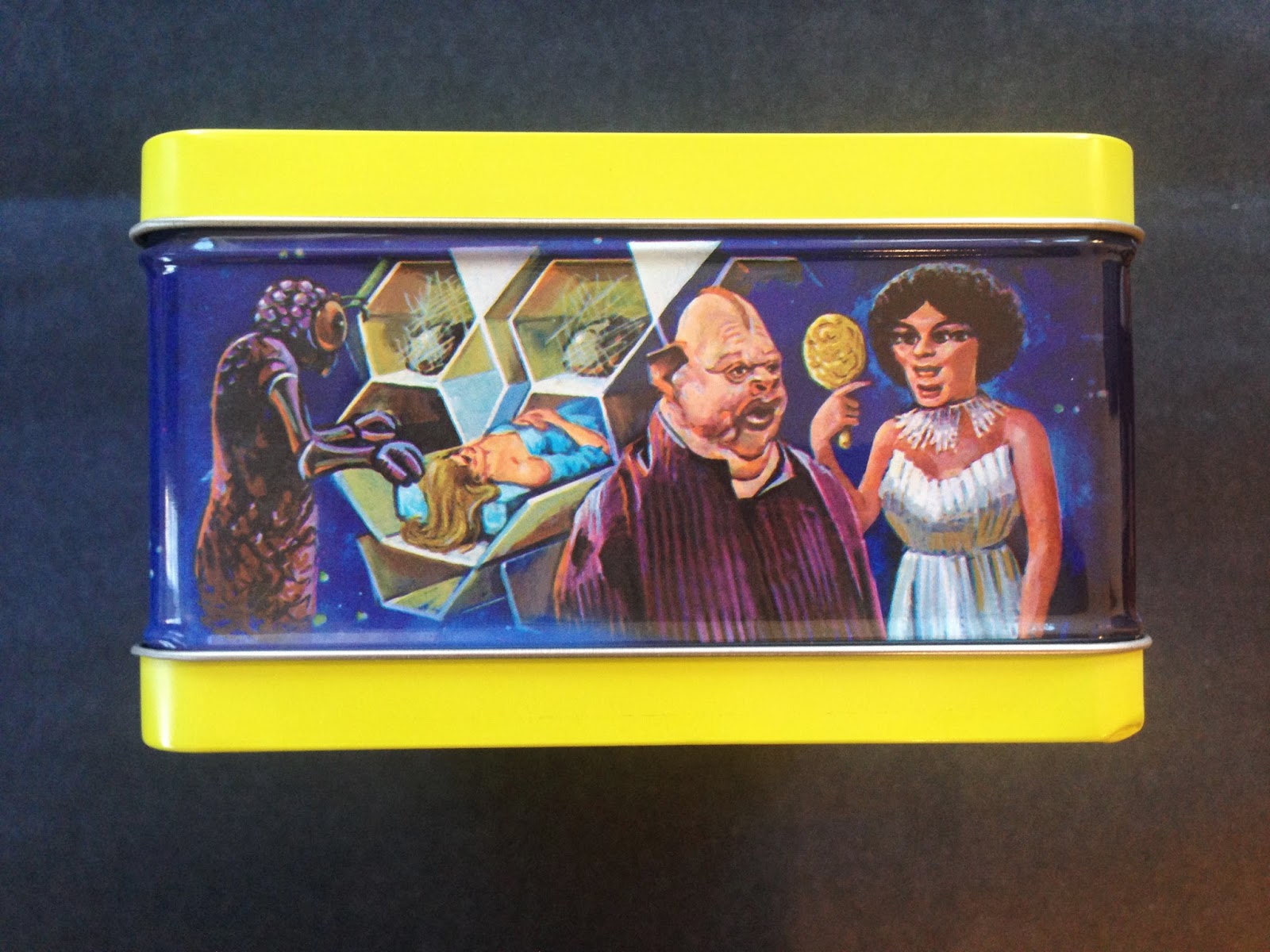 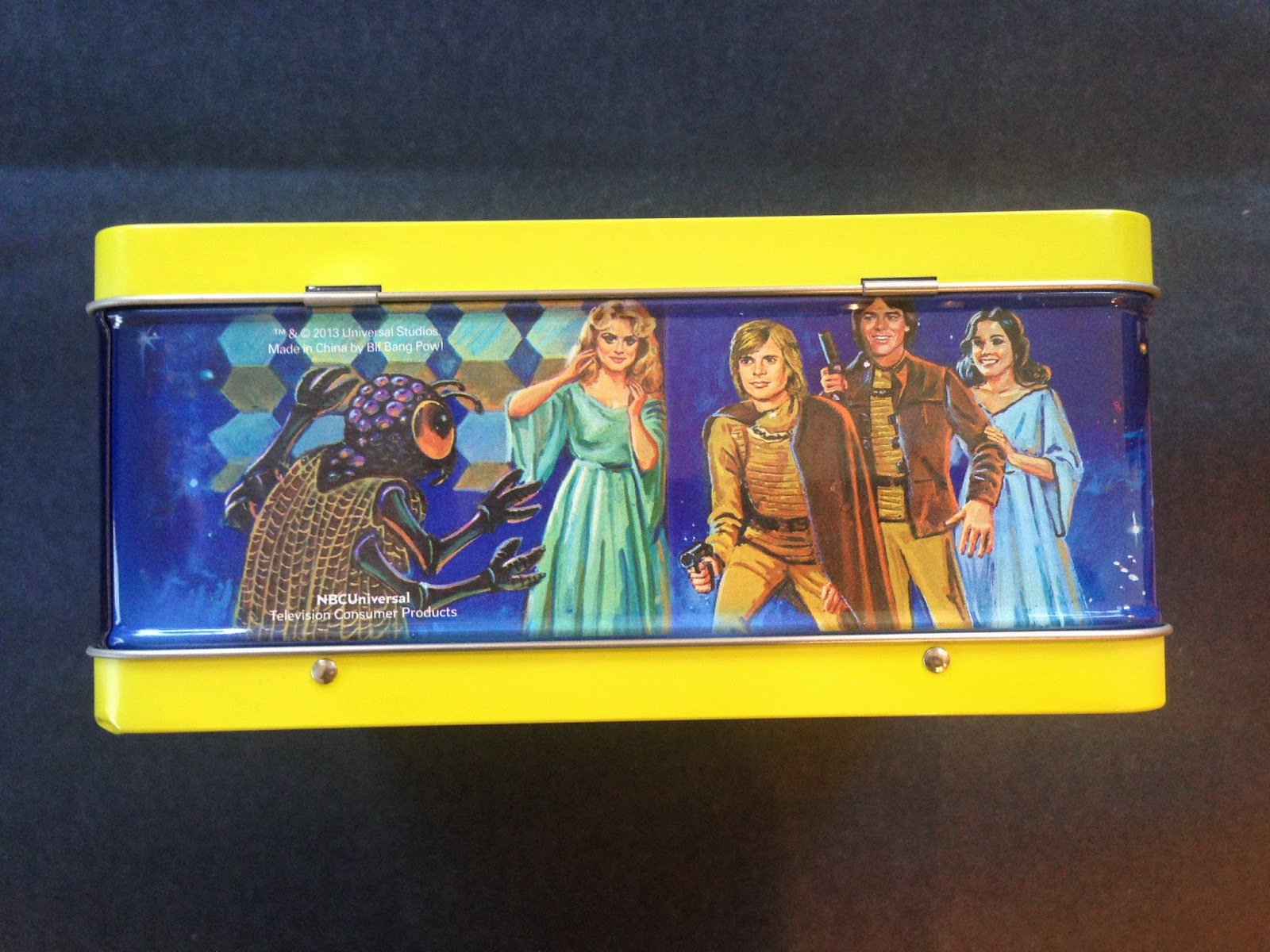 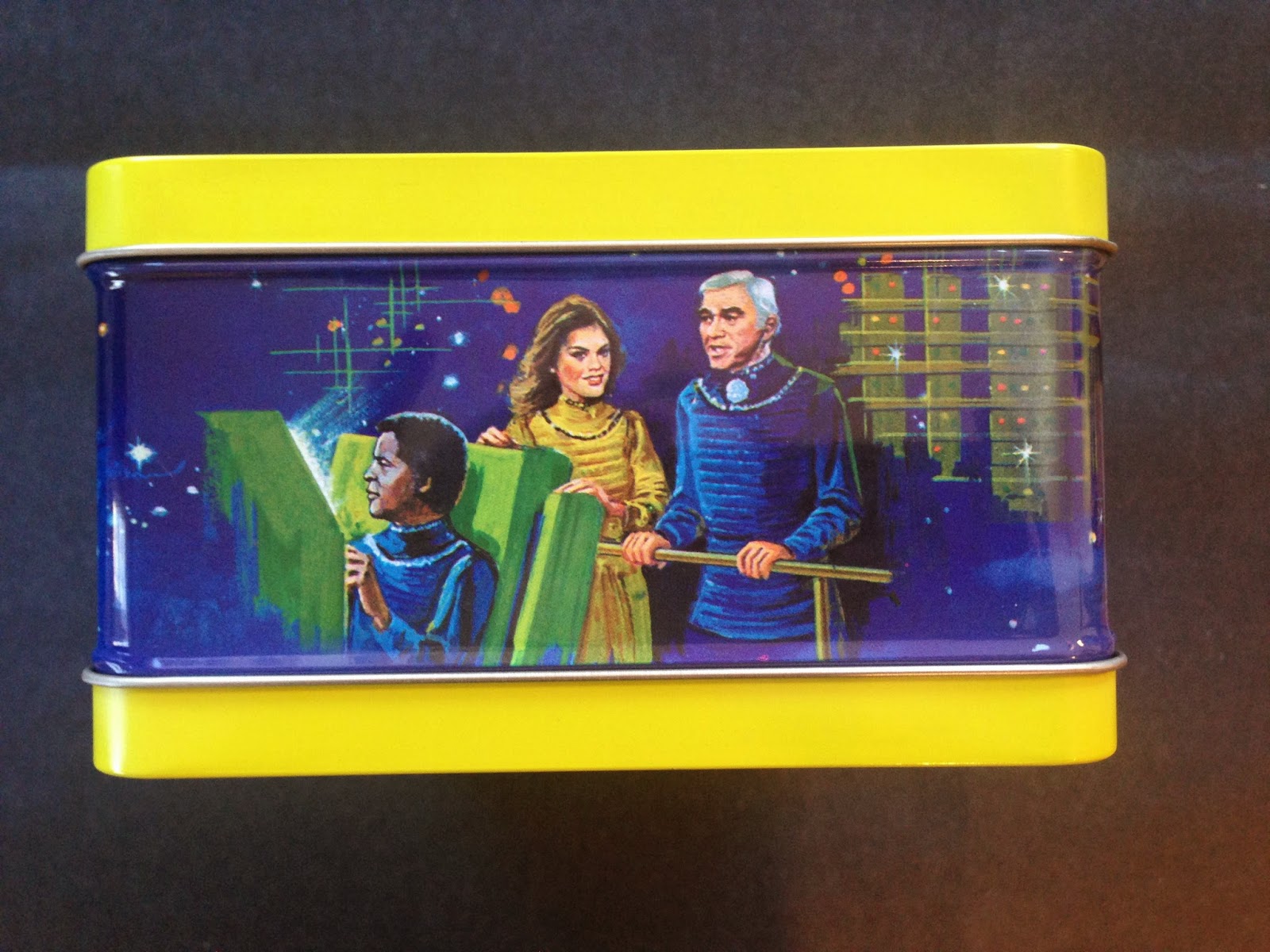 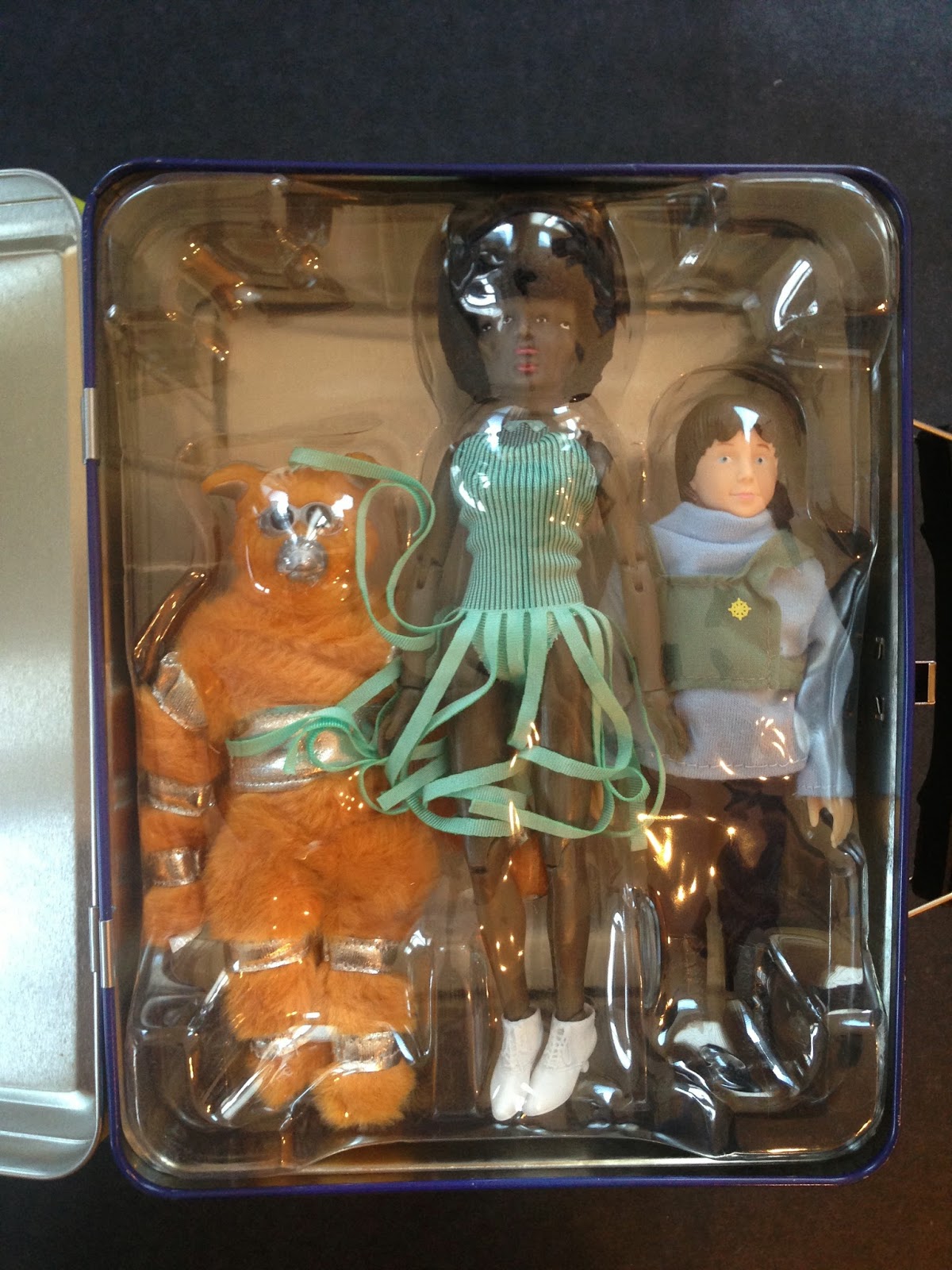 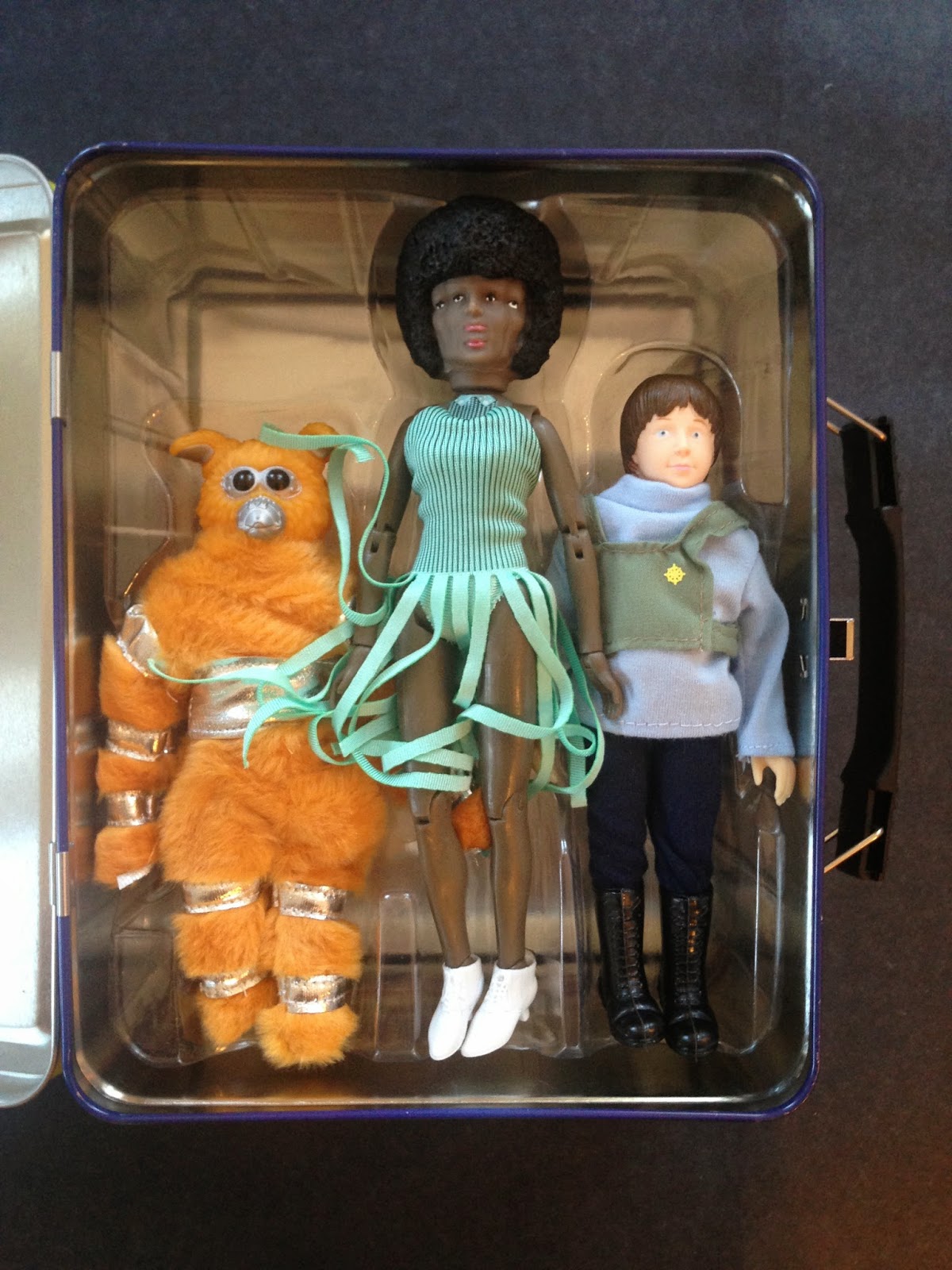 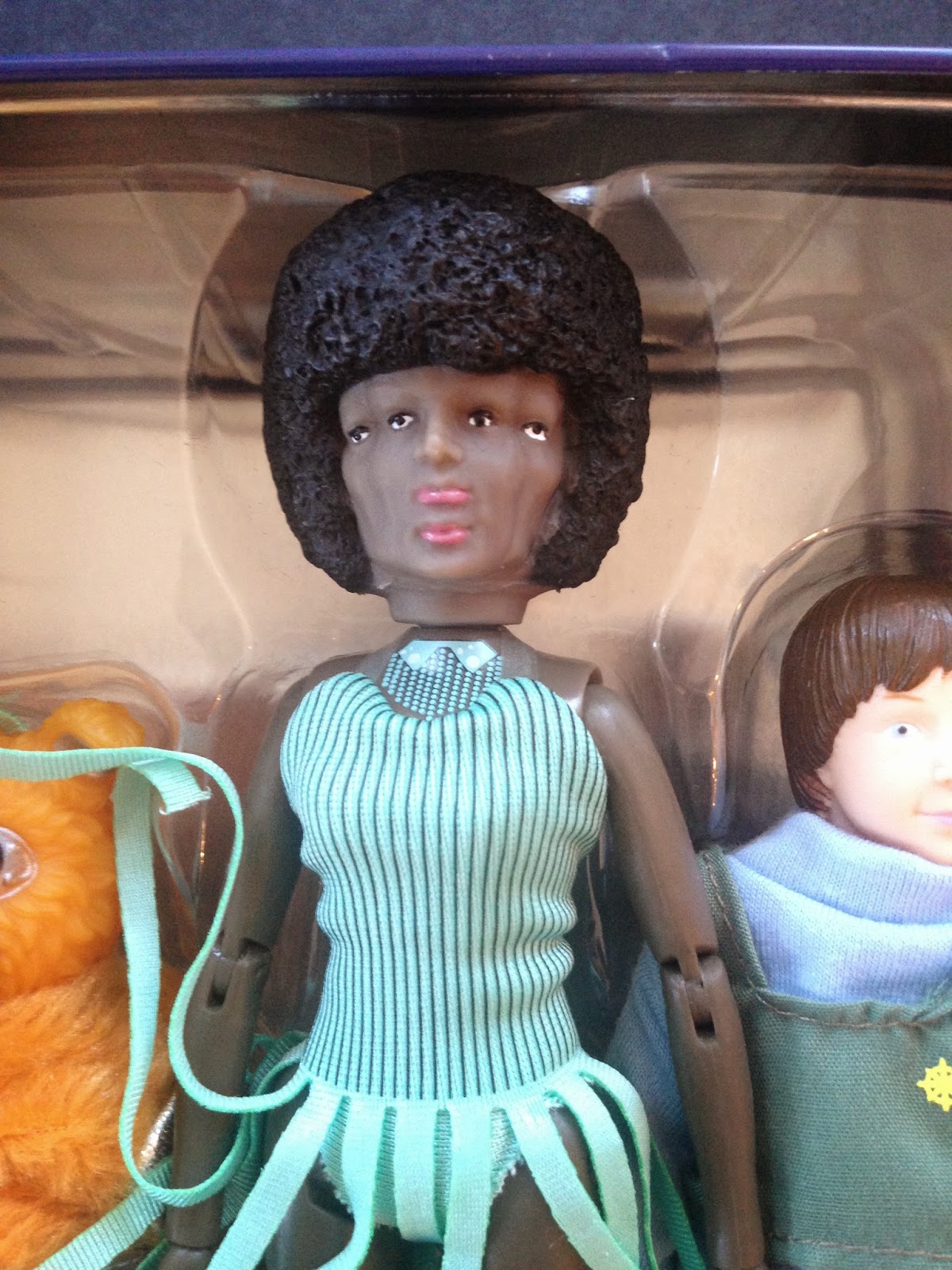