Since I grew up in the Chicago area and was a teenager at the time of all the John Hughes classics (Breakfast Club, 16 Candles, Ferris Bueller, etc) I thought a pop culture road trip to Shermer, Illinoiz would be perfect for this assignment. Of course, the road trip would be in Cameron’s Ferrari or Jake’s Porsche.

Ferris Bueller - High school student Ferris Bueller wants a day off from school and he's developed an incredibly sophisticated plan to pull it off. He talks his friend Cameron into taking his father's prized Ferrari and with his girlfriend Sloane head into Chicago for the day. While they are taking in what the city has to offer, school principal Ed Rooney is convinced that Ferris is, not for the first time, playing hooky for the day and is hell bent to catch him out. Ferris has anticipated that, much to Ronney's chagrin. Written by  garykmcd

Follow Ferris’ trek from Cameron’s house to Wrigley Field to the Sears Tower to the Art Institute.
Interesting tidbit – Cameron’s house is actually up for sale if you have a cool 1.25 million. 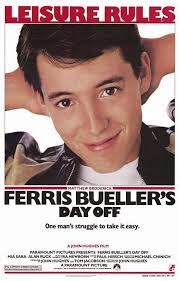 Planes, Trains, Automobiles – All that Neal Page wants to do is to get home for Thanksgiving. His flight has been cancelled due to bad weather, so he decides on other means of transport. As well as bad luck, Neal is blessed with the presence of Del Griffith, Shower Curtain Ring Salesman and all-around blabbermouth, who is never short of advice, conversation, bad jokes, or company. And when he decides that he is going the same direction as Neal....Written by Murray Chapman

I wouldn’t want to follow this entire sequence but funny movie. 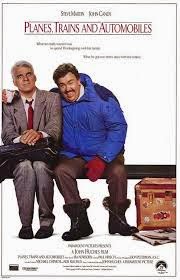 Vacation – The Griswold family are on a quest. A quest to a Walley World theme park for a family vacation, but things aren't going to go exactly as planned, especially when Clark Griswold is losing all thought towards a mysterious blonde in a red Ferrari. Written by FilmFanUK

Headed to the Grand Canyon and Walley World. Don’t forget to untie the dog and what to do with Grandma? 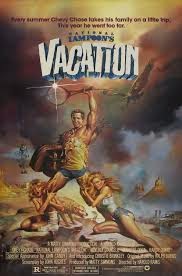 Pretty in Pink - Teenager Andie is one of the not-so-popular girls in high school. She usually hangs out with her friends Iona or Duckie. Duckie has always had a crush on her, but now she has met a new guy at school, Blane. He's one of the rich and popular guys but can the two worlds meet? Written by Mattias Thuresson 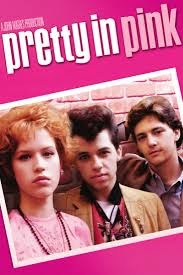 Sixteen Candles - Samantha's life is going downhill fast. The fifteen-year-old has a crush on the most popular boy in school, and the geekiest boy in school has a crush on her. Her sister's getting married, and with all the excitement the rest of her family forgets her birthday! Add all this to a pair of horrendously embarrassing grandparents, a foreign exchange student named Long Duc Dong, and we have the makings of a hilarious journey into young womanhood.Written by Rick Munoz 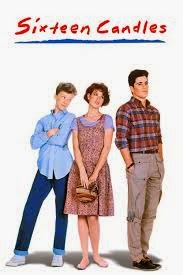 Breakfast Club - They were five students with nothing in common, faced with spending a Saturday detention together in their high school library. At 7 a.m., they had nothing to say, but by 4 p.m., they had bared their souls to each other and become good friends. To the outside world they were simply a Brain, an Athlete, a Basket Case, a Princess, and a Criminal, but to each other, they would always be the Breakfast Club. 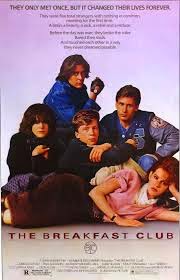 Of course, to top this off, I have to watch Kevin Smith’s Dogma. Why? Because they go to Shermer, Illinoiz to meet John Hughes….

Jay: [Bethany, Jay, and Silent Bob are sitting in a diner; the guys are staring at Bethany expectantly] So what's up? You have a friend for Silent Bob or are you just gonna do us both? If so, I'm first. I hate sloppy seconds.
Bethany: You're a man of principle. Jersey's pretty far from McHenry, may I ask what brought you here?
Jay: Some **** named John Hughes.
Bethany: "16 Candles" John Hughes?
Jay: You know that guy too? That ****in' guy. He made this flick, "16 Candles". Not bad, there's *** in it but no ***. But Ebert over here don't give a **** about that kind of thing, 'cause he's like, all in love with this John Hughes guy.
[Silent Bob shakes his head with a "whatever" look on his face]
Jay: He goes out and rents, like, every one of his movies. ****in' "Breakfast Club", where all these stupid kids actually show up for detention. ****in' "Weird Science", where this babe wants to take her gear off and get down, but oh no, she don't, 'cause it's a PG movie. And then "Pretty in Pink", which I can't even watch with this tubby ***** anymore 'cause every time he gets to the part where the redhead hooks up with her dream guy, he starts sobbin' like a little ***** with a skinned knee and ****. And there's nothing worse than watching a ****in' fat man weep.
[Silent Bob blows out his cigarette smoke angrily]
Bethany: What exactly brought you to Illinois?
Jay: See, all these movies take place in this small town called Shermer in Illinois, where all the honeys are top-shelf but all the dudes are whiny ****ies. Except for Judd Nelson, he was ****in' harsh.
[he and Silent Bob bump fists]


Jay: But best of all, there was no one dealin', man. And then it hits me: we could live like FAT rats if we were the blunt connection in Shermer, Illinois. So we collected some money we were owed and caught a bus. But you know what the **** we found out when we got there? There IS no Shermer in Illinois. Movies are ****in' bullshit.
Posted by GIJigsaw at 11:42 AM