I've never been a big Star Trek fan. Didn't get into the television shows and the first movie absolutely sucked. But something about Star Trek II - Wrath of Khan - was awesome! Maybe it's because it was the first movie I ever saw on cable television when we got it in 1983. The story was cool. The uniforms were cool. The villain was bad ass. The ending was shocking.

There have never really been any figures for Wrath of Khan, until Diamond Select did them in the mid-2000s?  And they got the whole crew - Kirk (several of them), Spock, Scotty, Sulu, Bones, Chekov, Uhura, Khan, Krispy Khan, and even Lieutenant Saavik played by Kirstie Alley and Captain Terrell.

I was eyeing these for a long time, but then one day someone was selling the whole collection. I got it for a great price, all in one shot, including Saavik which can get a little pricey. 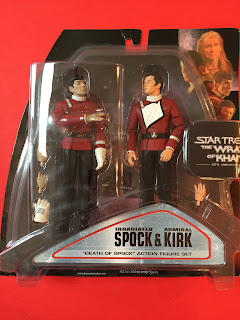 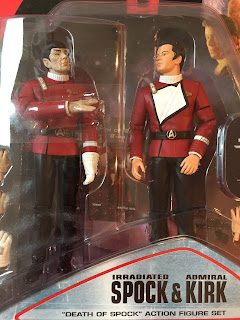 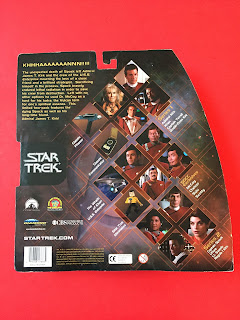 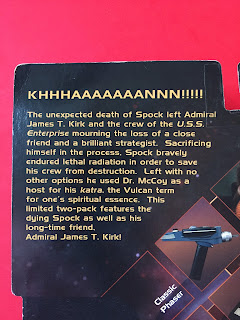 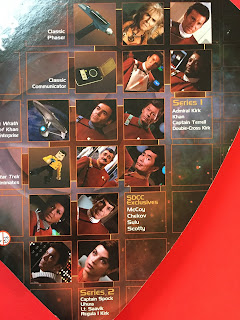 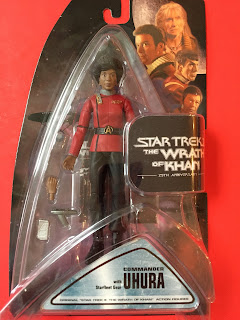 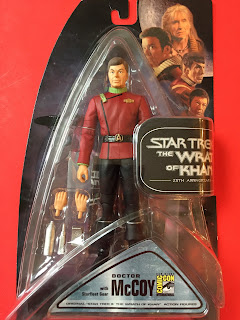 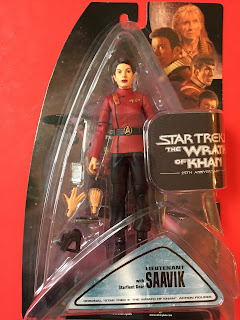 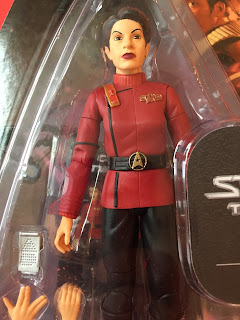 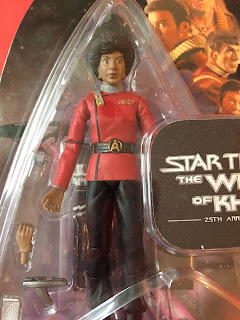 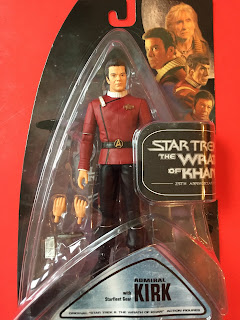 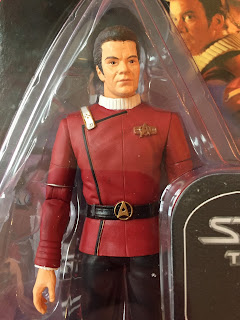 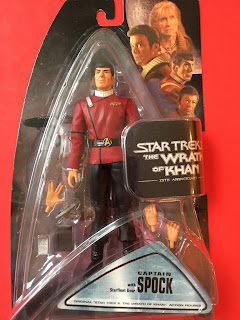 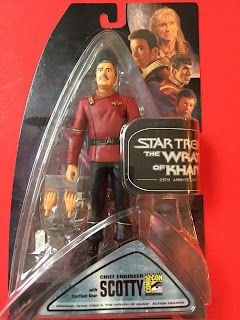 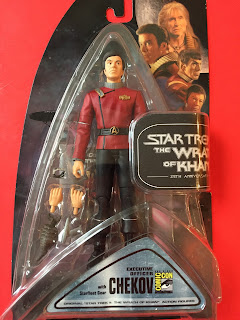 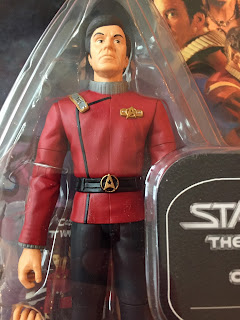 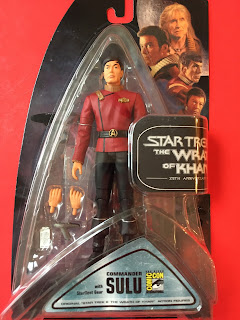 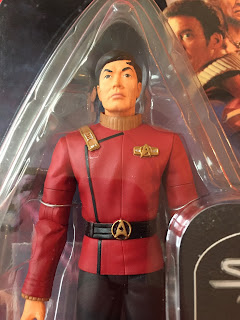 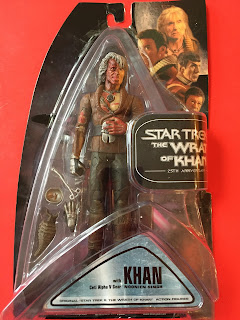 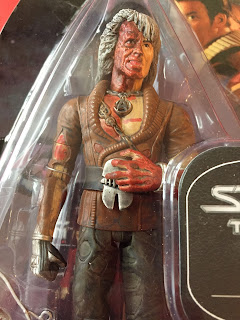 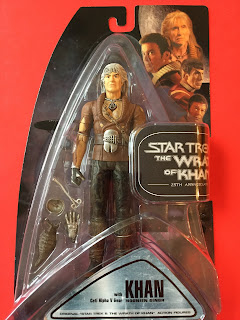 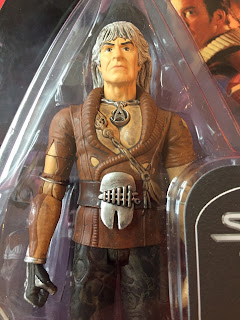 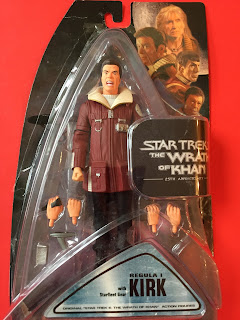 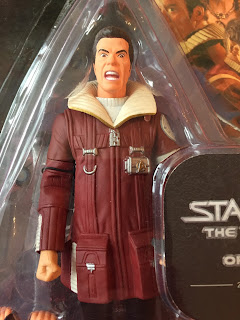 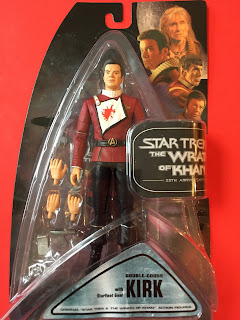 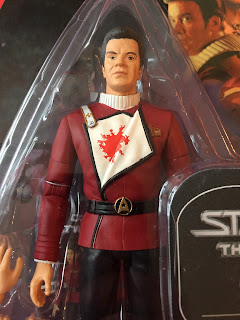 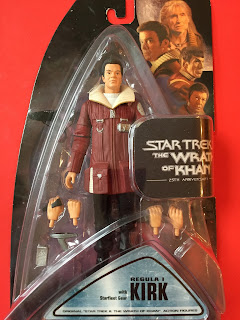 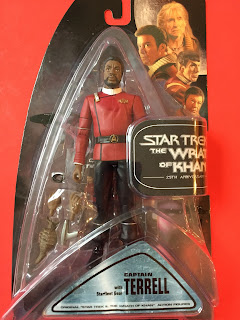 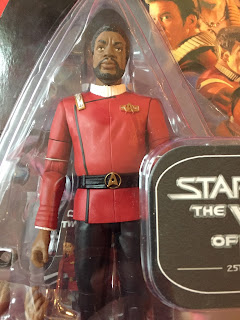