Eisenhower and the 101st Airborne Before D-Day

My second diorama was based on the famous pre-D-Day invasion photo of General Eisenhower speaking with paratroopers prior to the Normandy Invasion. Eisenhower was a figure offered by Hasbro in the early 2000s. I purchased a case of 21st Century - Ultimate Soldier 101st paratrooper uniforms to get a good number of troops in the right uniform. Once again, the idea of several soldiers in the same uniform made sense to be used as a jigsaw puzzle 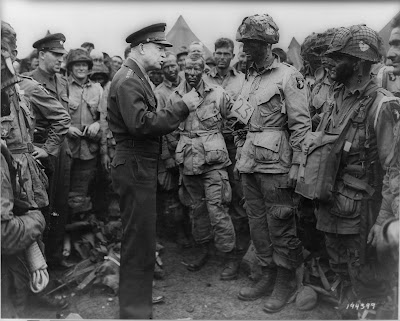 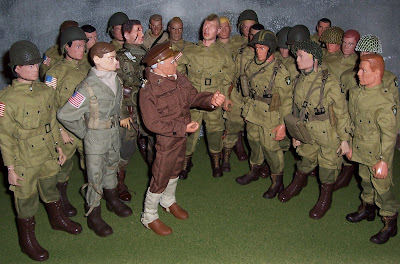 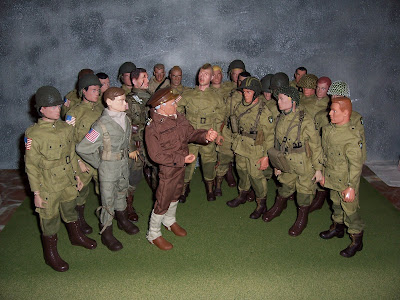 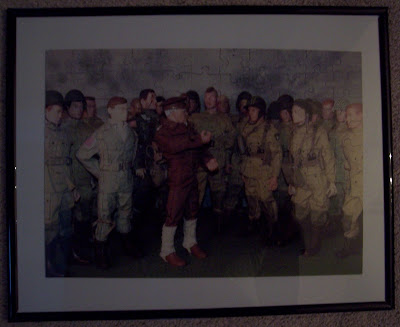