I loved the Cannonball Run movie as a kid when it came out. Can't believe it was way back in 1981 when it was released. To this day, I have a burning desire to drive cross country in a race as fast as I can.

Anyway, I remember riding my bike to the local 7-11 to get the ERTL Cannonball Run "matchbox" cars. They included Burt Reynolds and Dom Deloise's Ambulance, Jamie Farr's "Sheik" Rolls Royce, the Hawaiin Tropic car, and Sammy Davis Juniors Ferrari. There is also a brown Porsche but not sure whose it is - is it the two ladies? I'll have to rewatch the film. Anyway, I recently purchased the Rolls Royce. 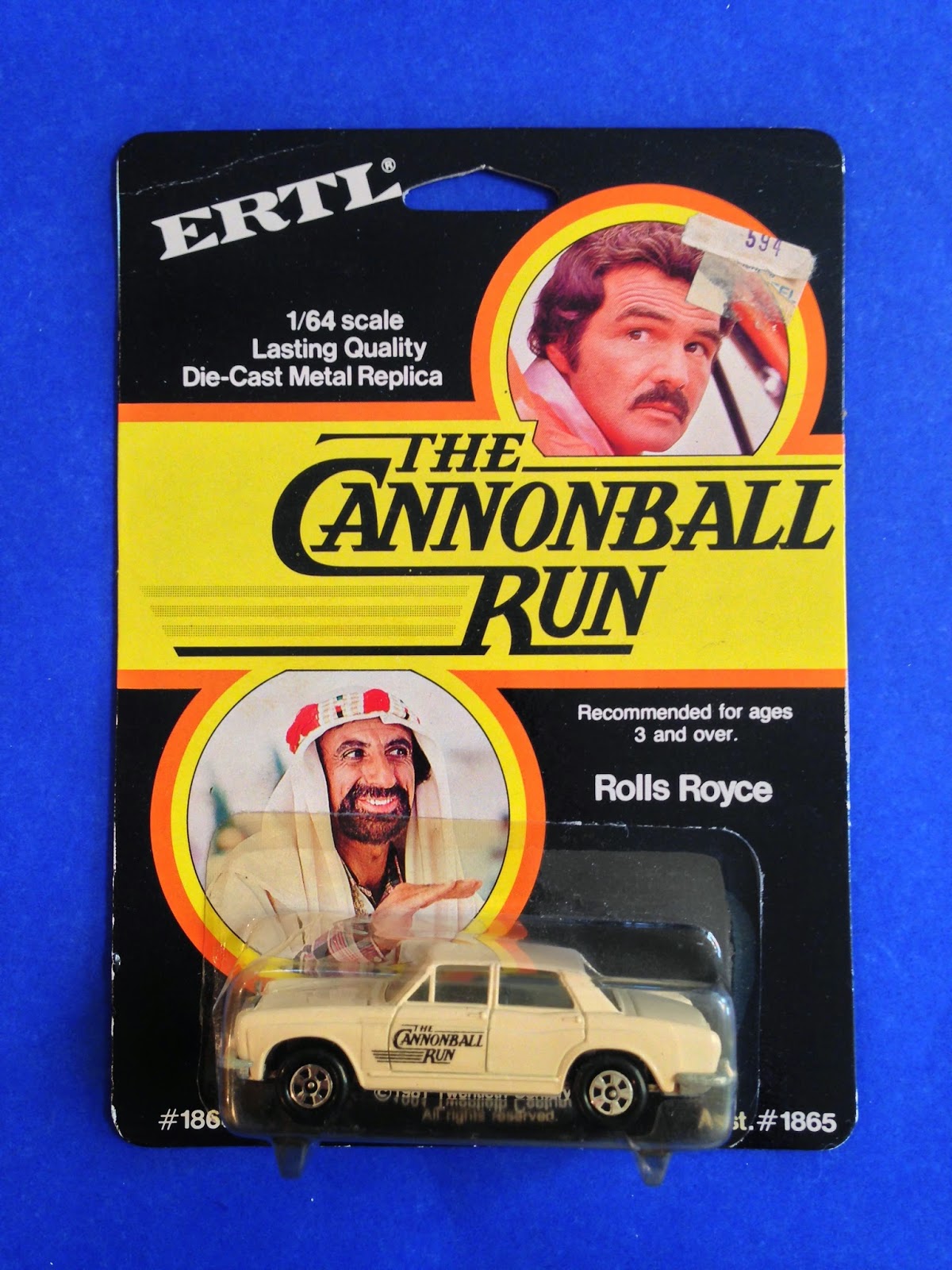 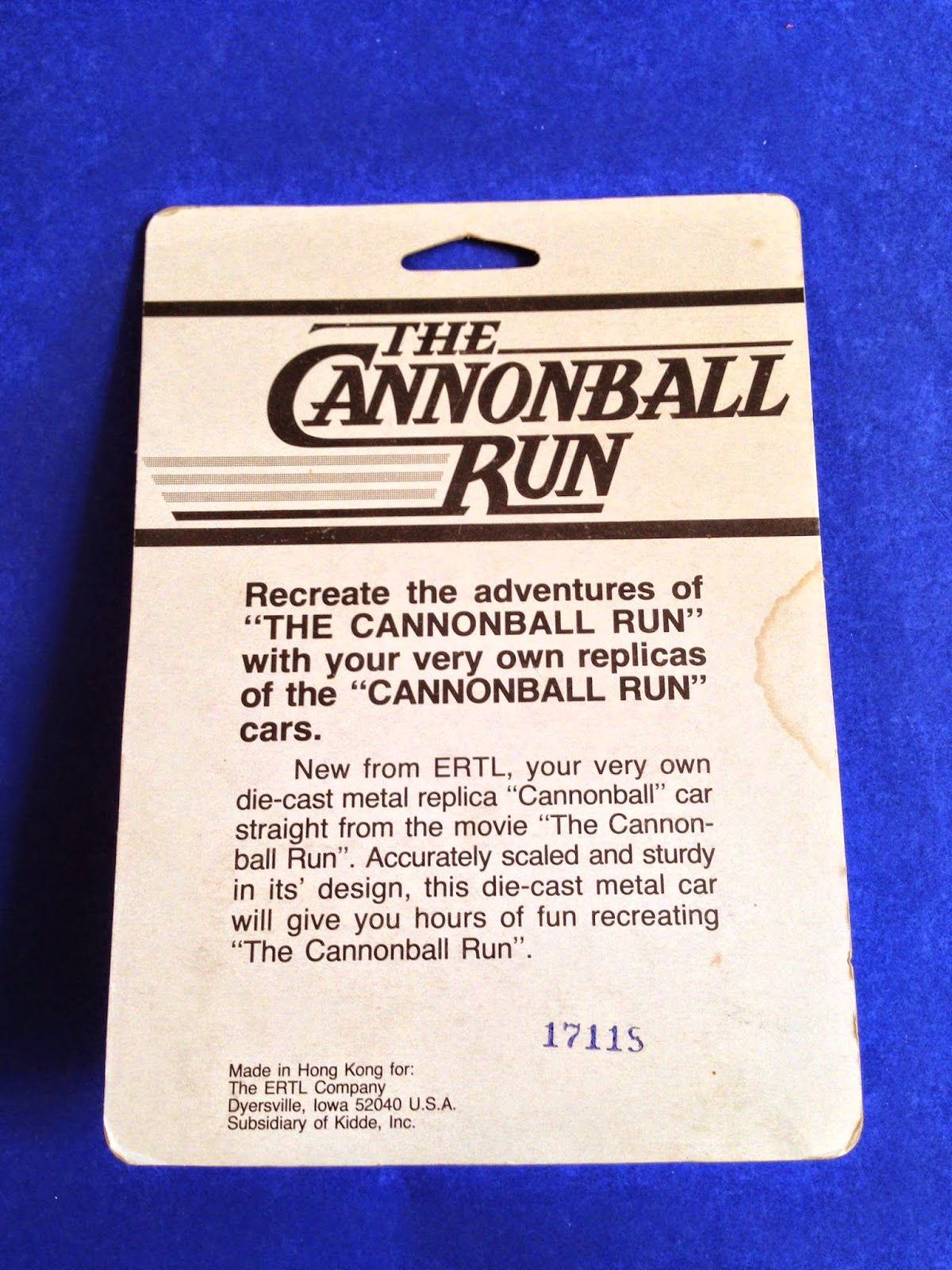 And here are some more I pulled off of Ebay. 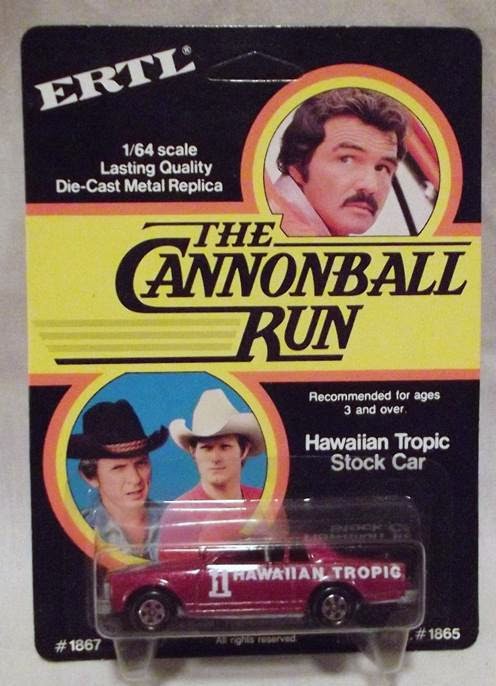 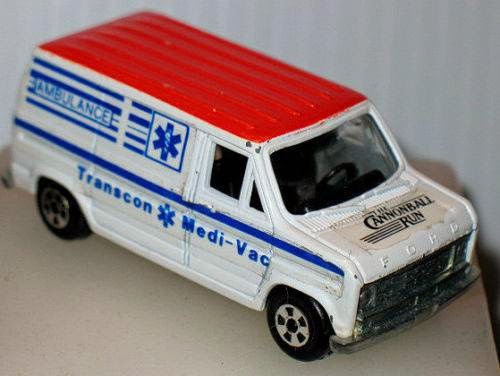