You know, if it wasn't for the League of Extraordinary Bloggers, I would hit stretches for weeks where time got away from me and I didn't post. Anyway, doing some catch up work here.

First of, there is a renaissance of sorts going on with 3-3/4" retro Kenner style figures. Super7s ReAction line is awesome...more on that later. Bif Bang Pow released their Black & White Twilight Zone figures which are fantastic as well.

The focus of this post is Zica Toys' Six Million Dollar Man Series 1. Steve Austin - astronaut - a man barely alive...yes, you know the drill - it was the intro to the awesome 70s show, starring Lee Majors.

In this series, you have Colonel Steve Austin in his red jumpsuit, blue jumpsuit variant, and Bigfoot. I remember loving the show, and I remember bigfoot. I just don't remember details. May have to binge watch in on Netflix. Anyway, here are the figures. 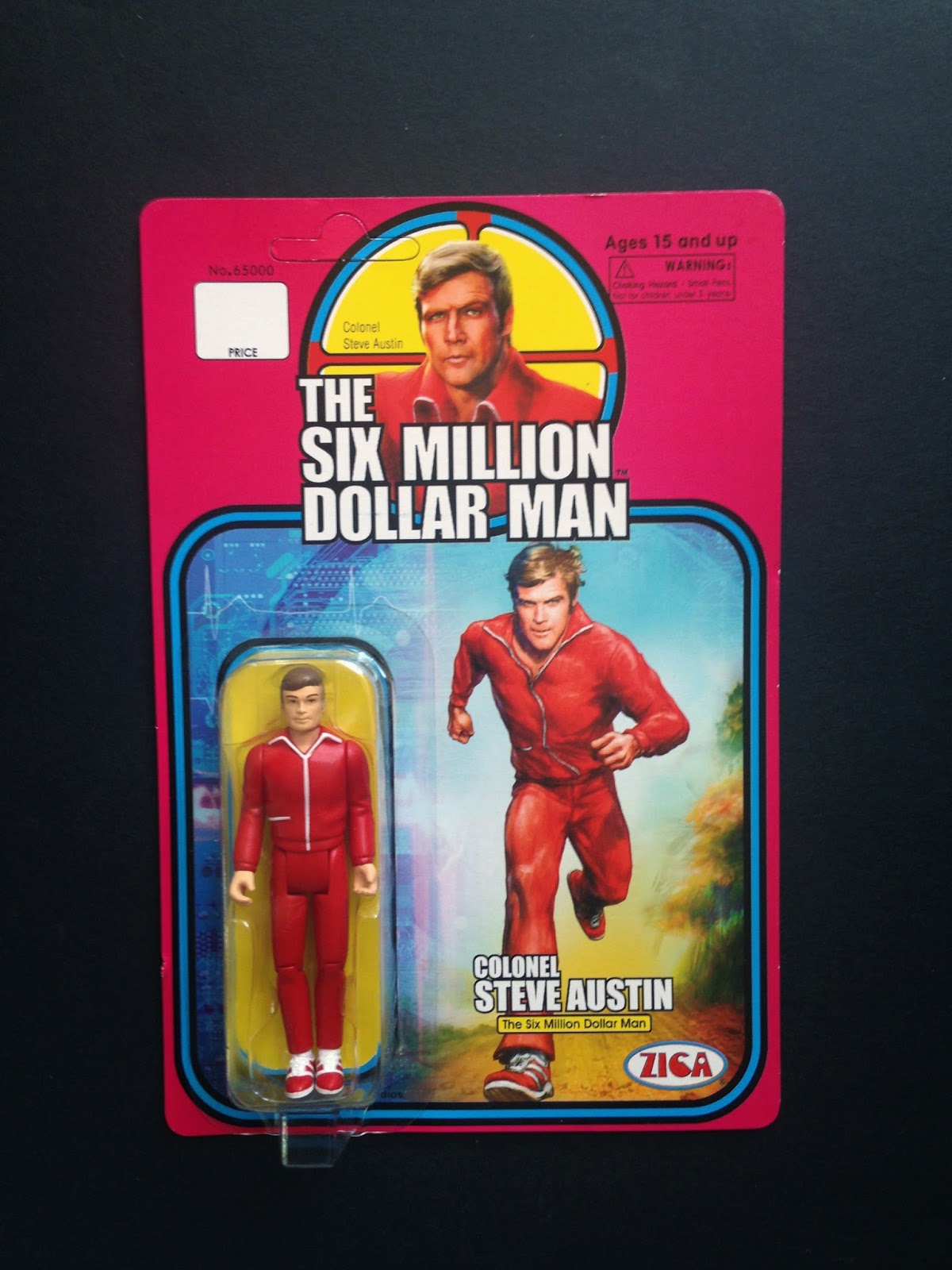 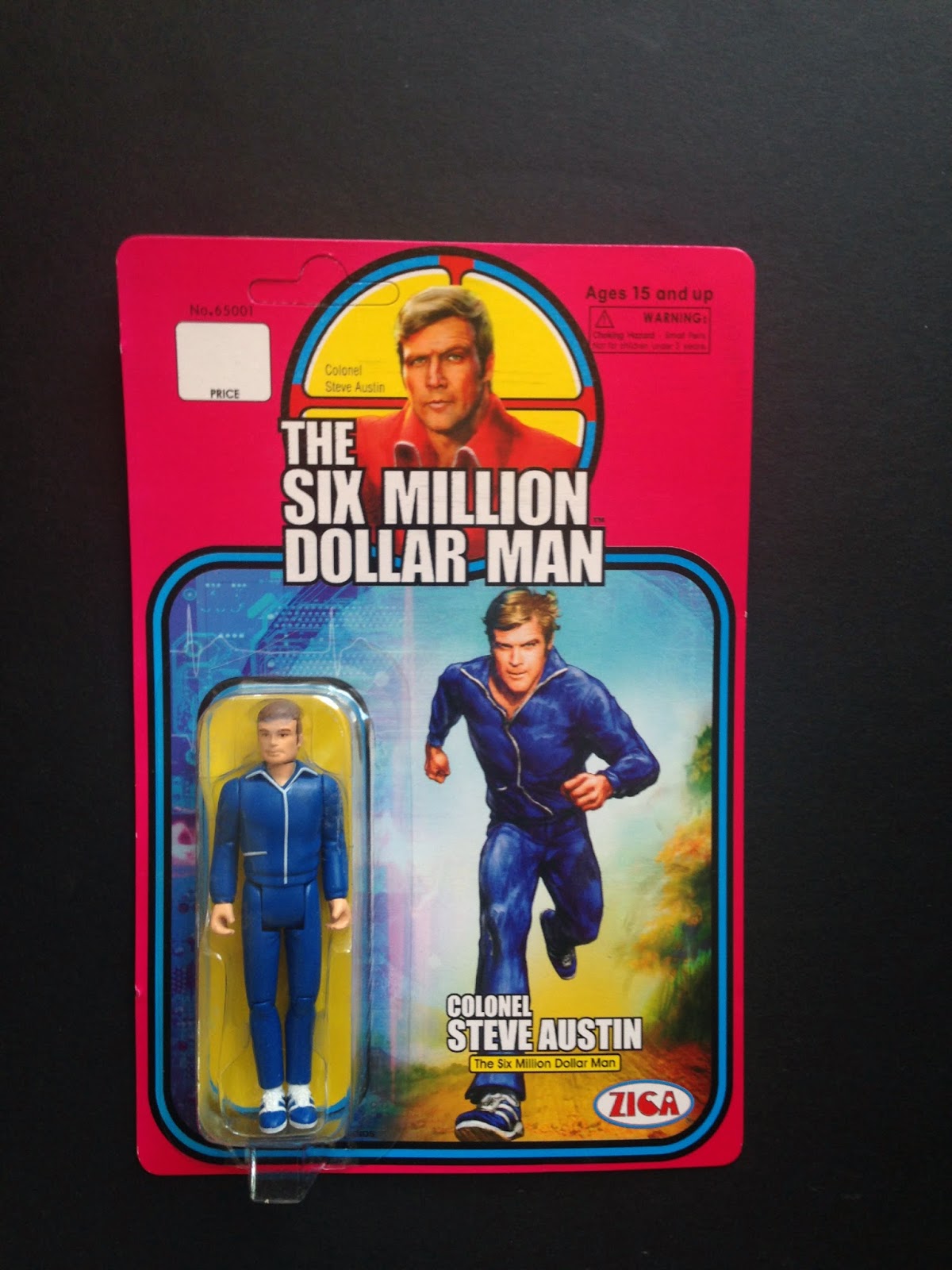 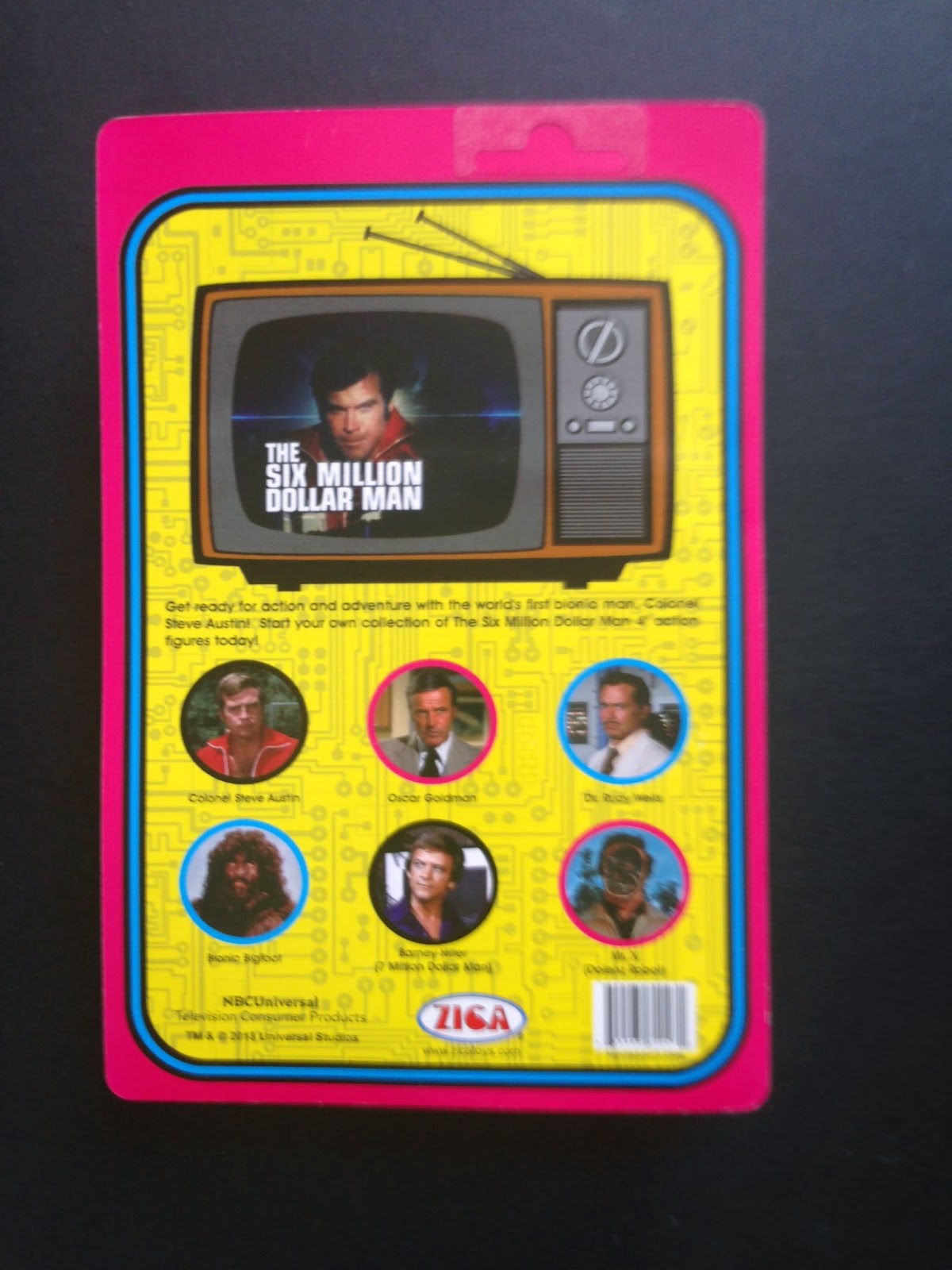 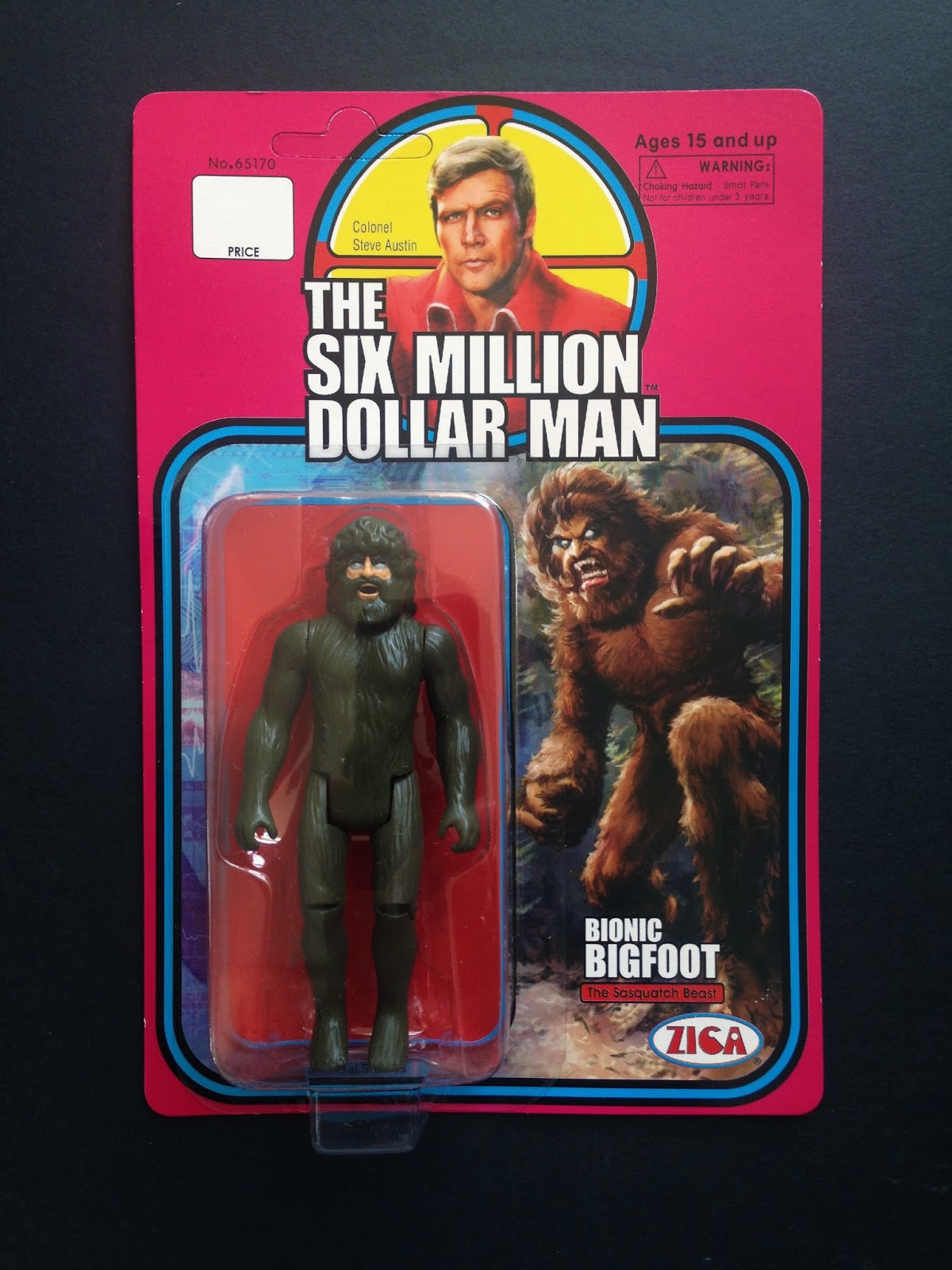 The knees are articulated, but the elbows are not. The figures are a lot of fun. Will have some more photos shortly of them unpackaged.

A Series 2 of six figures was scheduled which included Oscar Goldman and Barney Miller. Unfortunately, it was cancelled due to lack of preorders. Maybe they can make a smaller series with just 2-3 figures. An Oscar Goldman would be awesome. And a Jamie Summers Bionic Woman, but rumor has it, that character license belongs to a different entity and they aren't selling the rights. Bummer.