We're already into Week 5 of the NFL season so it's time to get reacquainted with McFarlane's NFL figures which started in 2001. It's been a heck of a run.

Unfortunately, we are in one of those times when all the figures are repeats. I assume the double whammy licensing fees for NFL and Madden keeps driving up the price for these figures. So McFarlane and the big box toys are only going to spend money on sure sellers. In this series, you get Antonio Brown, Aaron Rodgers, Tom Brady, Carson Wentz, O'Dell Beckham, and Dak Prescott. Each of these has already had a figure. Tom and Aaron have had at least 15-20 by now.

Because most are repeats, I won't be purchasing all of them, especially at the $24.99 price tag. Going back to the licensing issue. All or these figures are repaints as well. No new molding. But the price goes higher and higher. I've passed the tipping point. The only reason I chose these three is that I am a fan of the Eagles and Cowboys (same division, I know), and the Antonio Brown was a variant. 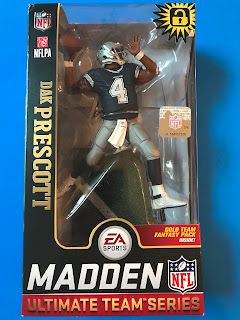 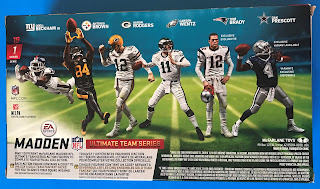 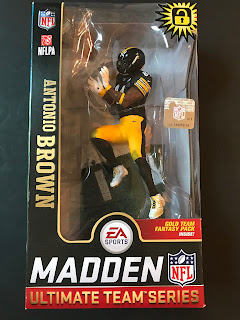 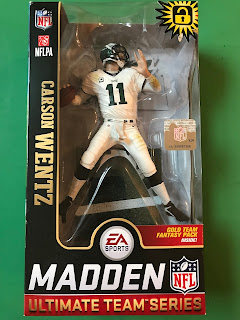 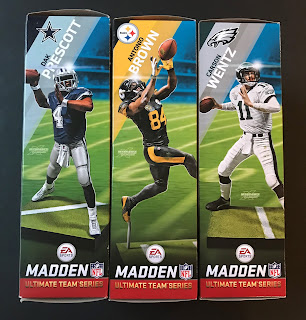