So World War Z came out on DVD/Blu-Ray today. I read the book three times. Saw the movie in the theater. Accepted the fact they would be very different. The movie was entertaining. I think later it bothered me that the "zombies" weren't even really zombies...they were strong, super human, super fast, ...."rabid" people. The only advantage humans had in the book was that the zombies were slow, truly undead.

Anyway, I will watch the DVD "Extended Cut" and enjoy it just as well. With that, I will also post the second set of World War Z figures from Jazwares - Gerry Lane and Paramedic. The Gerry Lane figure looks nothing like Brad Pitt. The paramedic...well, I don't recall a paramedic at all in the movie. Overall, these figures are a fail when it comes to the movie and book, but you can always use extra zombie figures for whatever diorama you have set up. 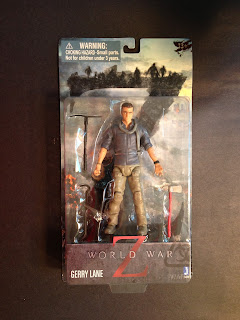 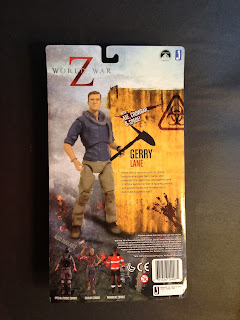 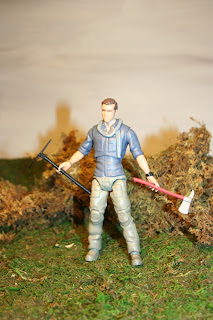 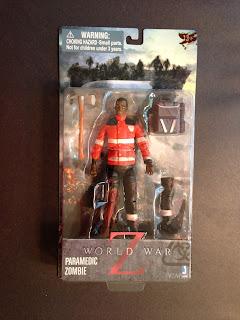 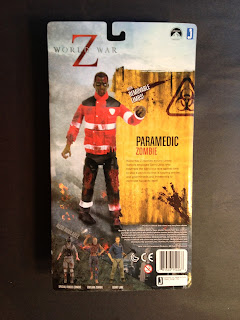 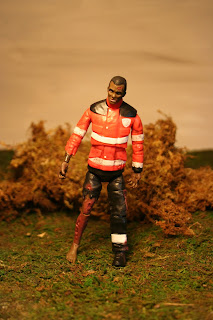 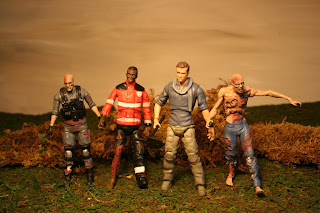