I purchased this Marx Battlelground playset the first week of May. I was mostly looking for the box in relatively good condition and needed some Marx US Soldiers. So I wasn't too worried that the German soldiers weren't included. I also noticed in the listing a hodge podge of extra stuff.

The seller took it to the postal service. He was also on the east coast, three states away. I waited. No package. I checked tracking. It was still displaying as unscanned at the post office. I notified the seller. He said it was returned due to a postage issue. He remailed, sent me the new tracking number, and there it stayed.  For four months. The US Postal Service had lost it.

I opened several cases. They all came back resolved because in their mind they had the package. The seller did nothing to help me. Based on the scan, the package was still sitting in his home town. He stopped responding to my requests for help, and I had shown an infinite amount of patience. After all, it was just a toy.

I finally asked for a refund and he provided one. Case closed. Bummer but life goes on.

Lo and behold I get an email from USPS this week saying my package was found. It arrived yesterday. Unfreakenbelievable.

Once again, I mostly needed the box and there are a few gems in there that are not part of the Battleground set but will come in handy. I love the $9.99 sticker on the box. 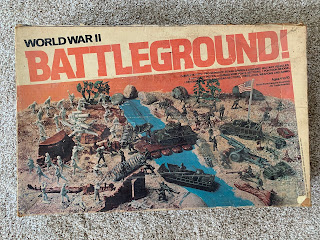 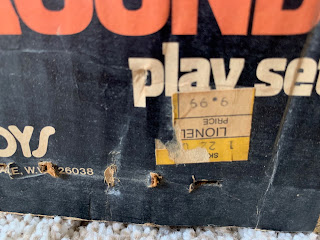 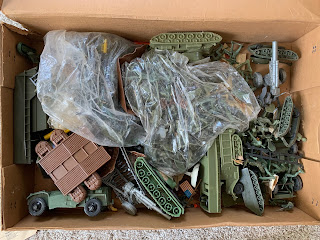 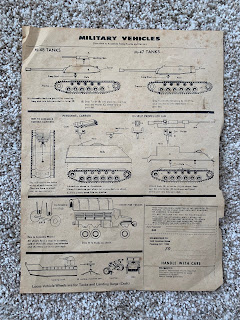 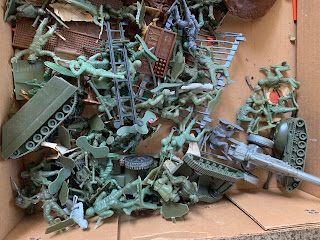 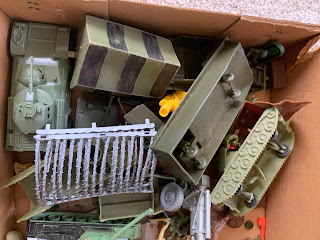 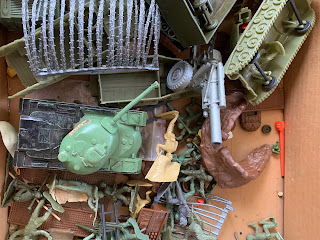 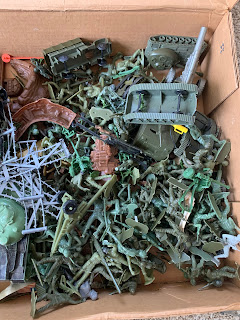