Following up to yesterday's post...same weekend, out in the background, pulling out the 12 inch Joe collection. This image popped into my head because I had seen this photo. 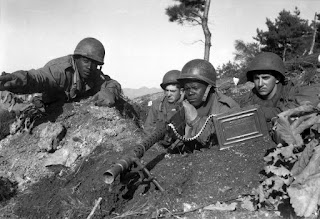 Not sure if these guys are from the Second Infantry Division (2ID) - The Warrior Division. But the photo looked cool, all the more important because the Korean War was our first war with integrated racial units. At the start there were a few segregated units, but those dissolved quickly. I served in the 2ID so I always snagged any Joes that had the Indianhead patch on it.

The two soldiers up front with the 2ID patch are from Hasbro though the uniform came from the Soldiers of the World (SOTW) sets. The Captain in the back is a SOTW figure. 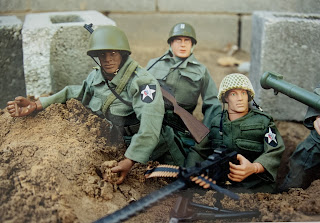 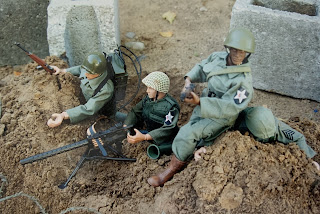 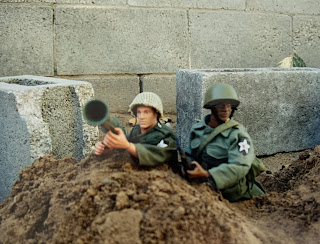 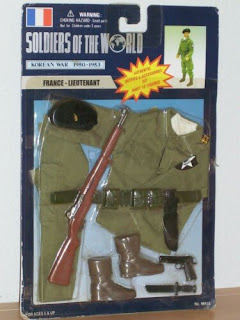 Pretty sure the jeep is from 21st Century Toys. The three soldiers come from the SOTW Heartbreak Ridge three pack. 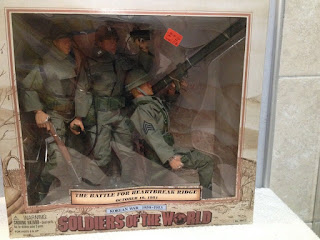 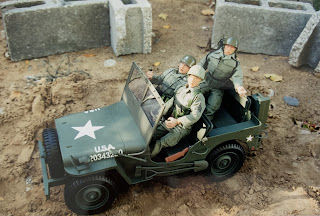 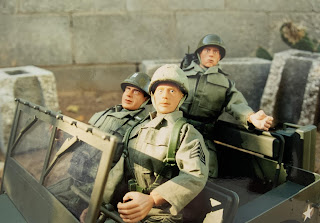 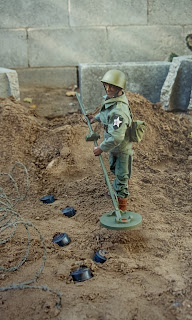 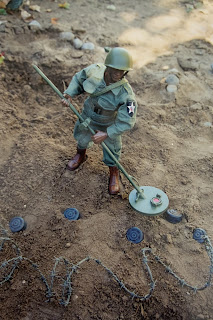 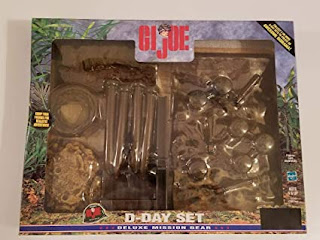